Serving Nebraska / Covering The World
Facing Inflation Threat, German Investors Loading Up On Gold
Via SchiffGold.com,
While most American investors have faith that the Federal Reserve can and will successfully tighten monetary policy to fight inflation — or have simply bought into the “transitory” inflation narrative — Germans are loading up on gold as a hedge against growing inflationary pressures. 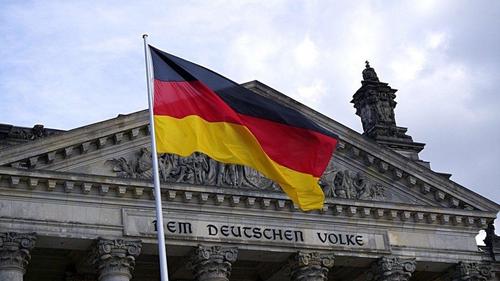 Through the first half of the year, gold coin and gold bar demand in Germany hit the highest level since 2009 – the aftermath of the 2008 financial crisis. First-half demand for bar and coins in Germany increased by 35% from the previous six months, compared with a 20% increase in the rest of the world, according to World Gold Council data.
Raphael Scherer serves as the managing director at Philoro Edelmetalle GmbH. He told Bloomberg that gold sales for the company are up 25% on what was already a strong 2020.
We have a long history of inflation fear in our DNA. Now the inflation risk is picking up. The outlook for precious metals is very positive.”
Given Germany’s experience with hyperinflation under the Weimar Republic, it comes as no surprise that Germans are wary of inflation.
Gold investment took off in the country in the wake of the 2008 financial crisis and has been strong ever since. The global recession after the ’08 meltdown led to extremely loose monetary policy in Germany. The country has been in a negative interest rate environment for several years, and the Bundesbank has done billions in quantitative easing. Two and five-year government bonds have traded at negative yields since 2015.
The World Gold Council summarized why Germans tend to turn to gold when inflation looms.
German investors have an acute awareness of the wealth-eroding effects of financial instability. Hyper-inflation in the 1920s lingers on in the collective memory but, perhaps more importantly, German investors have seen fiat currencies come and go: in the past 100 years, Germany has had eight different currencies. It should come as no surprise that, when faced with such an unsettling economic backdrop, German investors turned to gold – which during our field research one investor described as an enduring currency – to protect their wealth.”
Gold investment picked up even more during the pandemic. Last year, Germans bought more coins and bars than any previous year.
In July, the German inflation rate jumped to the highest level in more than a decade. An article published by Bild was headlined  “Inflation is Eating Up Our Savings.” It included a graphic that showed how gasoline prices have surged, as well as steep price gains for other consumer goods.
The World Gold Council said that even if German inflation turns out to be transitory, “it seems unarguable that it is preying on investors’ minds.”
And that tends to go hand in hand with maintaining gold’s appeal. While 2020 set a very high bar that may prove challenging to repeat, German investment is likely to stay elevated for at least the remainder of this year.”
Tyler Durden
Fri, 09/03/2021 – 03:30