Jenna Ellis from the Trump team reported that Wisconsin in missing something:
Swing State “lost track” of 82,000 mail-in ballots 👀https://t.co/7Z39m0ImUc
— Jenna Ellis (@JennaEllisEsq) August 30, 2021
TRENDING: They Openly Mock Us Now: Taliban Hangs “Traitor” by the Throat From US Helicopter in Kandahar Left Behind by Joe Biden (VIDEO)
Ellis shared a report in the Conservative Brief:
Wisconsin “lost track” of roughly 82,000 mail-in ballots in the state in the 2020 presidential election, the Daily Signal reported.
Joe Biden defeated Donald Trump by 20,682 votes in Wisconsin last November.
Wisconsin losing track of more than 82,000 mail-in ballots in the state represents more than four times the margin of difference between Biden and Trump, according to a report from the nonprofit Public Interest Legal Foundation.
We’ve known there were many material issues with the results in Wisconsin.  Ballots were dropped in the middle of the night, all for Biden.
Skunk Wisconsin Speaker Robin Vos Hires Three Retired Cops to Look at Election Integrity?… But Won’t Launch Forensic Audit Despite Late Night Ballot Dump
And amongst other things, the state waited until after the election to delete voters from rolls used in the election.
“Why Did They Wait Until After the Election?” – President Trump Responds to News that Wisconsin Finally Removed 205,000 Phantom Voters from Voter Rolls
Meanwhile, the Democrats who assisted with the election steal laughed about it on election night.
BREAKING EXCLUSIVE: Uncovered Email Shows Milwaukee Elections Executive Woodall-Vogg Laughing About the Election Steal on Election Night
You must be logged in to post a comment. 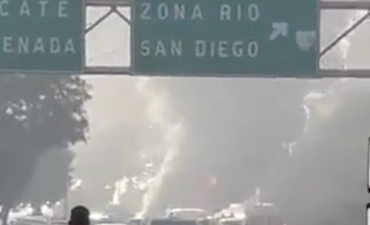