President Biden said during a speech in California that prices and inflation will go up if Republicans take control of Congress after November’s midterm elections.

Biden made the comments during an event in Irvine, California, on Friday and warned Americans that inflation, along with prices in general, would increase if Republicans take control of Congress.

“Here’s the bottom line. So please hear this. When it actually comes time to do something about inflation around the table, Republicans in Congress are saying ‘no,'” Biden said.

“If the Republicans take control, the prices are going to go up, as will inflation, it’s this simple,” he added.

His comments come just one day after the Labor Department released updated consumer price index figures showing that prices for everyday goods including groceries, rents, and gasoline rose 0.4% in September when compared to the previous month.

The figure was above the forecasted 0.2% projected monthly increase forecast from Refinitiv economists.

Core prices, which exclude food and energy, rose by 0.6%.

Prices for groceries increased by 0.7% in September, and 13% within the past 12 months.

After the inflation figures were released, the White House released a statement from Biden, who said that “some progress” has been made.

“Today’s report shows some progress in the fight against higher prices, even as we have more work to do. Inflation over the last three months has averaged 2%, at an annualized rate. That’s down from 11% in the prior quarter,” Biden said. “But even with this progress, prices are still too high. Fighting the global inflation that is affecting countries around the world and working families here at home is my top priority.”

In the statement, Biden also echoed comments alleging that inflation would go even higher under a Republican-controlled Congress, because they want to repeal the Inflation Reduction Act.

“Republicans in Congress’ number one priority is repealing the Inflation Reduction Act,” Biden said. “That’s the exact wrong thing to do in this moment. If Republicans take control of Congress, everyday costs will go up – not down.”

Over the course of the next five years, the Inflation Reduction Act is only expected to reduce annual inflation by 0.1%, according to a University of Pennsylvania Penn Wharton analysis.

Biden, Harris will hit the 2024 swing states after State of the Union 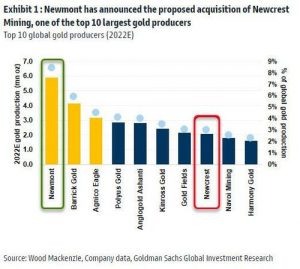