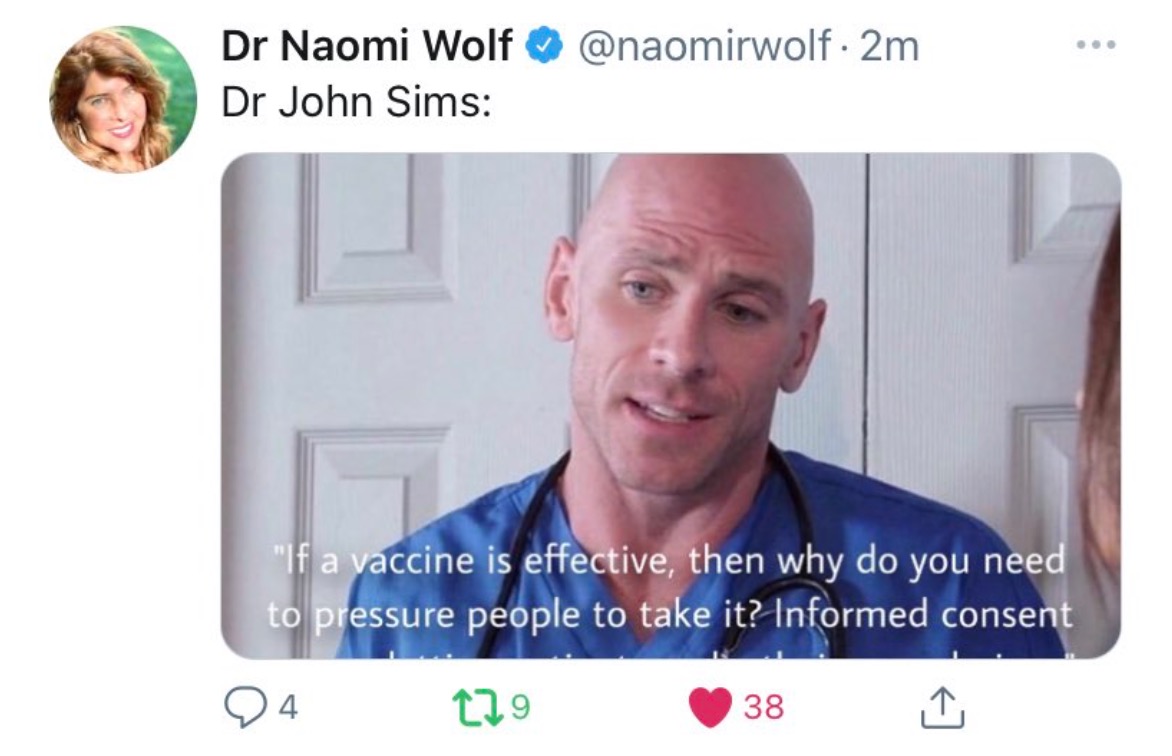 Wolf has gotten attention in recent weeks for her comments decrying a “totalitarian state” brought about by lockdown policies. The Intercept’s Ken Klippenstein posted on Twitter that he recently sent Wolf a direct message featuring “Dr. John Sims,” who was supposedly telling people “If a vaccine is effective, then why do we need to pressure people to take it?”

Wolf eventually deleted the tweet, but not before being mocked for falling for the prank:

Ken got Naomi Wolf — who is an anti-vaxxer and has been spreading misinformation left and right — to post a fake quote from a fake doctor along with a photo of the adult film star Johnny Sins.

This is how top-notch her vetting of information is. https://t.co/MAmsKFAS0F

Absolutely hilarious own and also a thorough bodying of whatever credibility anti-vaxxer Naomi Wolf has been able to convince people she has https://t.co/sPsfHTWtlB