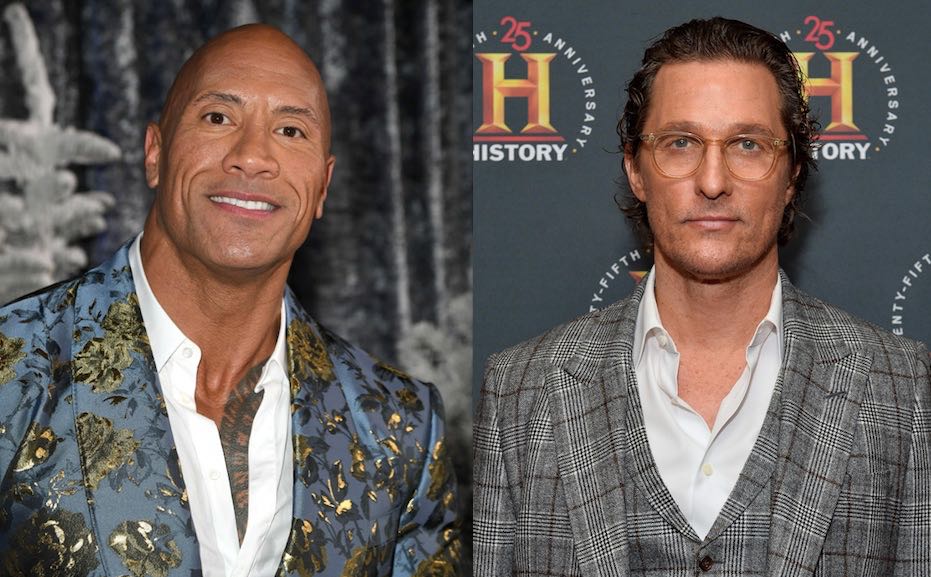 Dwayne “The Rock” Johnson and Matthew McConaughey have both stated several times that they’re considering running for office, and the majority of Americans want the movie stars to make it a reality, according to a new poll.

The consumer research platform Piplsay released a nationwide survey this week, with 58 percent of respondents saying they would like to see Johnson run for president and McConaughey run for governor of Texas.

Johnson has been teasing his presidential ambitions for several years. As recently as February, the former wrestler told USA Today, “I would consider a presidential run in the future if that’s what the people wanted.”

As for McConaughey, who’s been talking about running for governor in his home state of Texas since last year, the actor maintained last month on CNBC that he’s giving “serious consideration” to entering politics.

Sixty-three percent of the 30,138 Americans polled by Piplsay believe Hollywood stars “can make good politicians with the right attitude and support staff.”

The survey also asked which male and female stars would be the most fit for the Oval Office.

Tom Hanks led the way among the famous men, earning 22 percent of the vote. He was followed by Will Smith at 21 percent and George Clooney at 17 percent.

Angelina Jolie reigned supreme among the women, snagging 30 percent of the vote. Oprah Winfrey followed behind with 27 percent, while Dolly Parton – who helped fund Moderna’s COVID-19 vaccine – landed in third with 12 percent.

The post Majority of Americans Want Dwayne ‘The Rock’ Johnson to Run for President, Matthew McConaughey to Run for Governor of Texas: POLL first appeared on Mediaite.