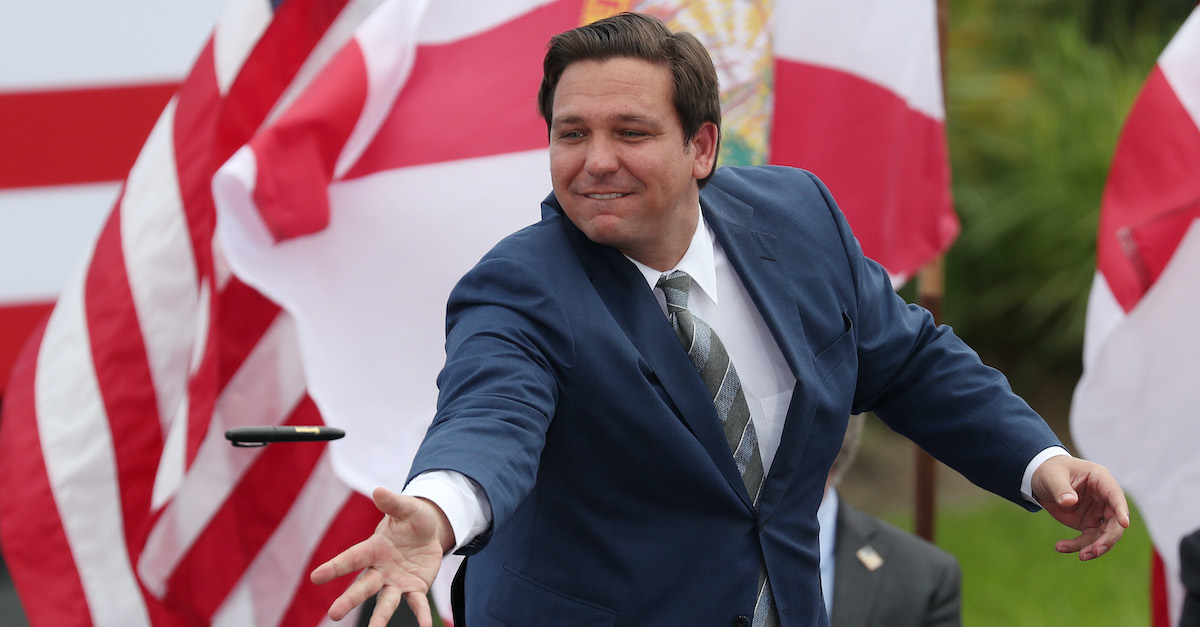 The Poynter Institute for Media Studies sided with Florida Gov. Ron DeSantis (R) on Wednesday in his dispute with CBS News’ 60 Minutes.

“A sloppy moment on Sunday’s show is raising serious concerns,” the nonprofit fact-checking group’s Tom Jones noted in a column on its website. He said a Sunday story from the network’s Sharyn Alfonsi and Oriana Zill de Granados alleging that DeSantis provided a handful of Publix grocery stores with early access to Covid-19 vaccines failed to deliver the goods, writing, “If DeSantis ran a ‘pay-for-play’ scheme involving vaccinations for the coronavirus — that’s an explosive story. But 60 Minutes really didn’t deliver substantial evidence that DeSantis did any such thing.”

“There was really no there there,” Jones wrote, recalling that the program presented the fact that Publix donated $100,000 to DeSantis as incriminating evidence — without acknowledging that companies including Publix donate to politicians in both parties. “The thing is, the part about Publix wasn’t even the main part of the story, which was really about whether the wealthy were able to cut the line to get the vaccine.”

He also cited the Florida Democrats who had sided with DeSantis over 60 Minutes, including Palm Beach County Mayor Dave Kerner, who called the report “intentionally false.”

“This doesn’t ruin the 60 Minutes brand, but this was not one of the show’s finer moments,” Jones said.

Despite the bipartisan volley of criticism, 60 Minutes has stood by its reporting this week, telling Mediaite in a Tuesday statement the story came from conducting “interviews with dozens of sources and authorities.”

The post Poynter Sides with DeSantis: ‘A Sloppy Moment’ for 60 Minutes first appeared on Mediaite.