PRINCE Philip’s funeral will be broadcast to the nation on TV next Saturday, with Charles leading a procession to the chapel at Windsor Castle, Buckingham Palace revealed today.

Prince Harry will attend the 3pm funeral – which will start with a national minute’s silence – but Meghan Markle has been advised not to fly over due to her pregnancy.

Officials say there will be a national minute’s silence at 3pm before the service at St George’s Chapel begins.

And, in line with the Duke’s wishes, he will be laid to rest in a ceremonial – rather than state – funeral.

There will be no public procession as a result of the Covid restrictions, and the entire service will take place in the grounds of the castle. Philip’s body is currently resting in Windsor’s private chapel.

His coffin will be moved to the state entrance of the castle next Saturday by a bearer party from the Grenadier Guards – the elite Queen’s Company regiment at Windsor.

The coffin will then be taken to the chapel by a specially-modified Land Rover.

Touchingly – and perhaps not unexpectedly – the Duke himself had a hand in designing the vehicle that will carry him to the chapel.

The funeral service will begin as the coffin is brought in, and just 30 people will be allowed to attend under the Covid laws.

Only members of the Royal Family, plus the Duke’s own Private Secretary, will be permitted to enter along with the coffin.

Those performing duties at the funeral are not included in that number.

Meanwhile, the Queen has approved Boris Johnson’s recommendation that there be a period of national mourning, which began yesterday and will continue until April 17.

The Royal Family will observe two weeks of mourning.

Details on the days to come, as well as the Duke’s funeral arrangements, were revealed after the Queen yesterday confirmed with “deep sorrow” the death of her “beloved husband”.

Philip died at Windsor Castle at the age of 99 after saying he was “not looking forward to being 100”.

He spent his final days enjoying the sunshine – and, true to form, insisting on taking care of himself rather than relying on aides.

He refused to wear his hearing aid and reportedly chastised staff who put a wheelchair in his private rooms.

It’s understood he fell gravely ill on Thursday night. But any discussions about taking him back to hospital were reportedly dismissed by the Queen.

Prince Philip had recently been discharged from the wards after his longest-ever stay. He had undergone surgery for a heart condition.

The Iron Duke specifically asked for a minimum of fuss when it came to his funeral arrangements – and he had no desire for a state funeral.

Harry, who is known to have been enormously fond of his grandfather, will return – although pregnant Meghan Markle has been advised to stay in the States[/caption]

Had Philip died at a time when the UK’s battle against coronavirus had ended, thousands of people would have travelled to London and Windsor for a military procession with his coffin.

Under those plans, his coffin would have been moved from Windsor to St James’s Palace in London, before being carried through the streets on a gun carriage.

There were also instructions for a 26-mile cortege procession back to Windsor on the day, allowing mourners to line the streets and pay their final respects.

But under the second step of the PM’s roadmap out of lockdown, funeral services can only be attended by a maximum of 30 people.

Instead, Philip will be laid to rest at the end of a private service.

The poignant ceremony will end with his body being taken to lie in the Royal Vault within St George’s Chapel, where he will wait to be reunited with his beloved wife.

The chapel is where Meghan and Harry were wed in 2018.

Members of the public will be asked to stay home to mourn as a result of the pandemic, although the entire service will be broadcast on television.

The scaled-back funeral means the Queen has faced difficult decisions on who can attend – as it was initially planned for 800 guests.

There has been speculation on who will make up the final 30.

In his final days, the Duke is said to have been enjoying the sunshine after his release from hospital[/caption]

The Queen’s four children and their spouses – the Prince of Wales and the Duchess of Cornwall, the Princess Royal and Vice Admiral Sir Timothy Laurence, the Duke of York, and the Earl and Countess of Wessex – will undoubtedly be present.

The Duchess of Cambridge, as a future queen, will also be expected to attend.

The grandchildren’s other spouses – Mike Tindall, Jack Brooksbank and Edoardo Mapelli Mozzi – may attend to support their wives, but, the Queen might, given they are not senior royals, decide to include other relatives or members of the household instead.

And it’s been confirmed that pregnant Meghan has been advised to remain in LA, although she wants to support Prince Harry for the service.

Earlier today, the Queen shared a touching photo tribute to her husband of 73 years.

Her Majesty referred to Prince Philip as “my strength and stay all these years” in a speech she made celebrating their golden wedding anniversary in 1997.

During the toast, Her Majesty said: “He has, quite simply, been my strength and stay all these years, and I, and his whole family, and this and many other countries, owe him a debt greater than he would ever claim, or we shall ever know.”

Philip was the Queen’s support in public at the most significant national moments – and over the years, he carried out 22,219 solo engagements, and many thousands more at the monarch’s side.

But he was also the person who knew her best.

A private secretary once said: “Prince Philip is the only man in the world who treats the Queen simply as another human being.

QUEEN’S GOODBYE TO HER ‘STRENGTH AND STAY’

He and Elizabeth wed in 1947 at Westminster Abbey – and theirs was an enduring marriage based on love.

Over the years, there have been countless photos taken showing the couple laughing together, even during the most formal of occasions.

And – defying his tough public image – his nicknames for her included ‘Lilibet’, ‘Darling’ and ‘Sausage’.

Most read in News


William pulls out of Bafta speech tonight after death of grandfather

Their latest great-grandson August, the son of Princess Eugenie and husband Jack, was given the middle name Philip in honour of the Duke of Edinburgh.

The 11th to lie in the vault 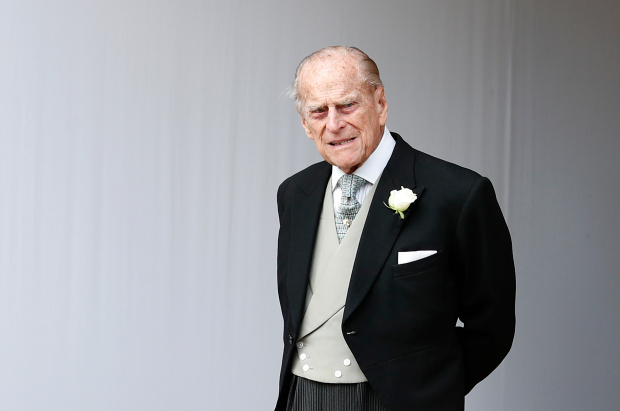 TEN monarchs have been buried at St George’s Chapel where Prince Philip will rest — including Tudor King Henry VIII.

It was founded by Edward III in 1348 and its construction, carried out by Edward IV, began in 1475.

Henry VIII completed it in 1528 and he is buried in the chapel’s quire with Jane Seymour, his third wife. Charles I also rests there.

The Queen’s father, King George VI, is buried with his wife, Queen Elizabeth the Queen Mother, in the King George VI Memorial Chapel.