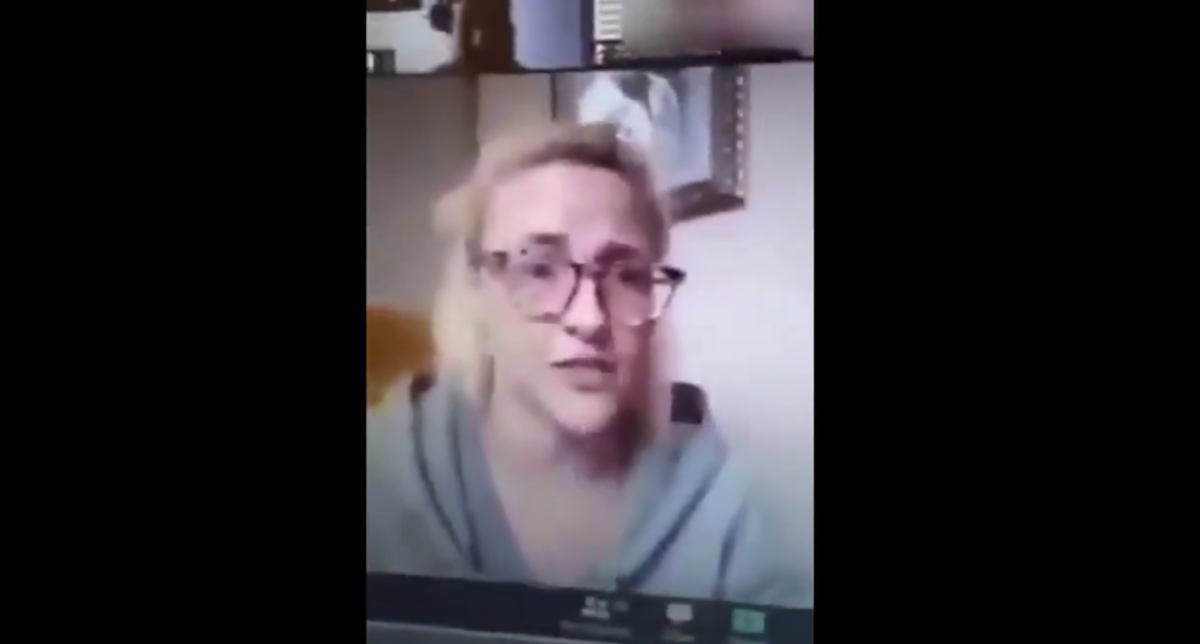 A teacher in California was caught on Zoom scolding her students over the prospect of holding in-door classes.

“If your parent wants to talk to me about their profession and their opinion on their profession, I would love to hear that,” San Marcos High School teacher Alissa Piro tells students in the video, which was shared on social media over the weekend by Reopen California Schools.

The video, which was filmed several months ago, was first shared in a private Facebook group. A mother of one of the students said she spoke out about the video after school Principal Adam Dawson called the teacher’s comments “inexcusable,” but failed to take action.

“She’s a bully,” the mother wrote on Facebook. “These rants were so often my child said he ‘tuned her out’ and was just trying to get thru the class…this is exactly what’s wrong with education and if the school district sweeps this then they are just as responsible.

“These poor kids have endured so much,” she added. “I held onto the video for 3 months and hardly told a soul fearing retaliation…I shared it with some of my close friends a few weeks ago when I saw her behavior was continuing this term and I felt awful for not standing up for these kids sooner.”

The footage showed the teacher scolding her students on more than one occasion. During a discussion on racialized student groups, Piro shouted at a student who asked about a student union for white students, telling him, “You don’t need a white student union, Jake! You get everything!”

Reopening in-person class has been a contentious topic in California this year. A group of parents announced last month they were suing the Los Angeles Unified School District and local teachers union for refusing to open schools, alleging they were holding children’s education “hostage.”

The post California Teacher Caught on Zoom Blasting Parents Who Want In-Person Classes: I ‘Dare Them to Come At Me’ first appeared on Mediaite.