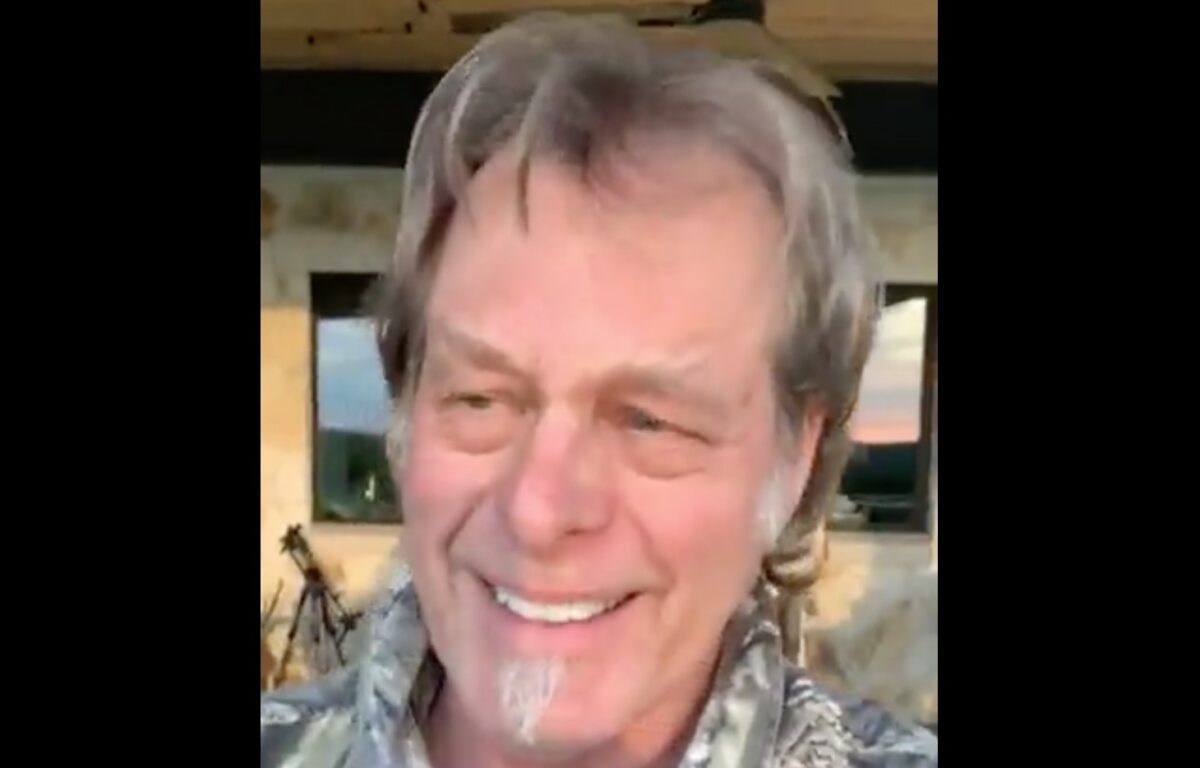 After repeatedly downplaying the severity of the coronavirus and calling it fake, right-wing rock star Ted Nugent has announced that he has tested positive for Covid-19.

Nugent posted a video to Facebook on Monday, during which, he told viewers “I got an announcement to make” even though “everybody told me that I shouldn’t announce this.” He proceeded to share his diagnosis as he said “I have had flu symptoms for the last ten days. And I just, I thought I was dying. Just a clusterfuck.”

Nugent shared that he went to the doctor, who recommended that he be tested for Covid. Nugent said he was initially reluctant, but he eventually agreed and it turns out “I got the Chinese sh*t.”

“I’ve got a stuffed up head, body aches. My God, what a pain in the ass. I literally could hardly crawl out of bed the last few days…So I was officially tested positive for Covid-19 today.”

Throughout the pandemic, Nugent has claimed that Covid was “not a real pandemic” and claimed that the virus’ death toll was “bullsh*t.” He has also attacked vaccines in the past, and judging by his latest comments, his stance isn’t changing even with his diagnosis.

“Nobody knows what’s in it,” Nugent said. “If you can’t even honestly answer our questions of exactly what’s in it and why are you testing it on human beings and forcing it on people in such a short period of time.”

The post After Downplaying Coronavirus and Calling it Fake, Ted Nugent Tests Positive for Covid first appeared on Mediaite.