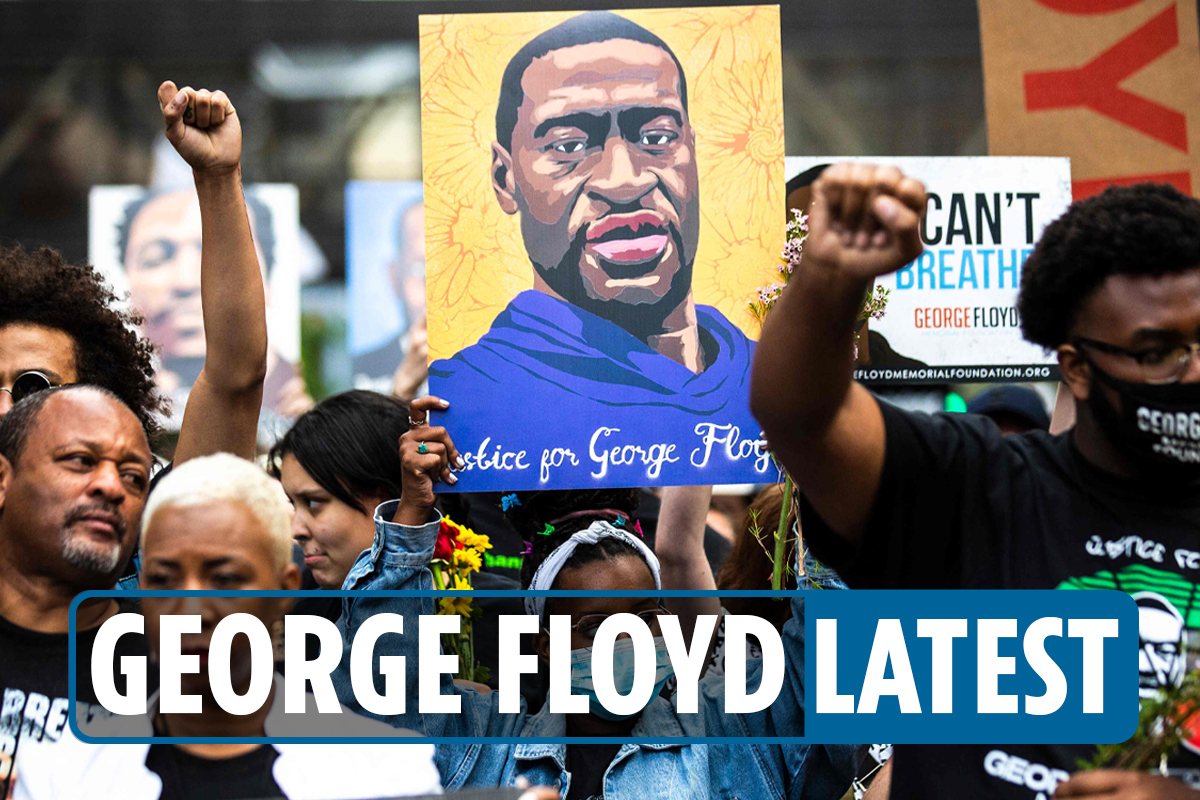 EXACTLY one year ago, George Floyd was reportedly killed at the hands of former Minneapolis office Derek Chauvin.

Floyd died on May 26, 2020, when he was arrested by officers after a grocery employee alleged that he had used a fake $20 bill to pay for items. His death triggered worldwide protests against racism and police brutality.

Soon after the tragic incident, a video surfaced of Chauvin kneeling on Floyd’s neck while he laid on the ground for more than nine minutes. Floyd’s dying words, “I can’t breathe”, became a rallying cry for street demonstrators.

They also said Chauvin abused his position of authority as a police officer, committed his crime as part of a group of three or more people, and that he pinned Floyd down in the presence of children — including a nine-year-old girl who testified at trial that watching the restraint made her “sad and kind of mad.”

The city of Minneapolis identified the other three officers as Tou Thao, Thomas Lane and J Alexander Kueng. All officers have been fired from the department.

Hundreds of people gathered outside the Hennepin County Government Center, where Chauvin’s trial was held, including members of George Floyd’s family and others who lost loved ones to Police encounters.

Many marchers carried signs, banners and pictures of Floyd, along with other men killed at the hands of the authorities.

Floyd is remembered as a father of five.

His youngest daughter Giana, alongside her mother Roxie Washington, spoke in June 2020 after the incident. Giana said “that she missed him”, describing her father as a fun man who often played with her.