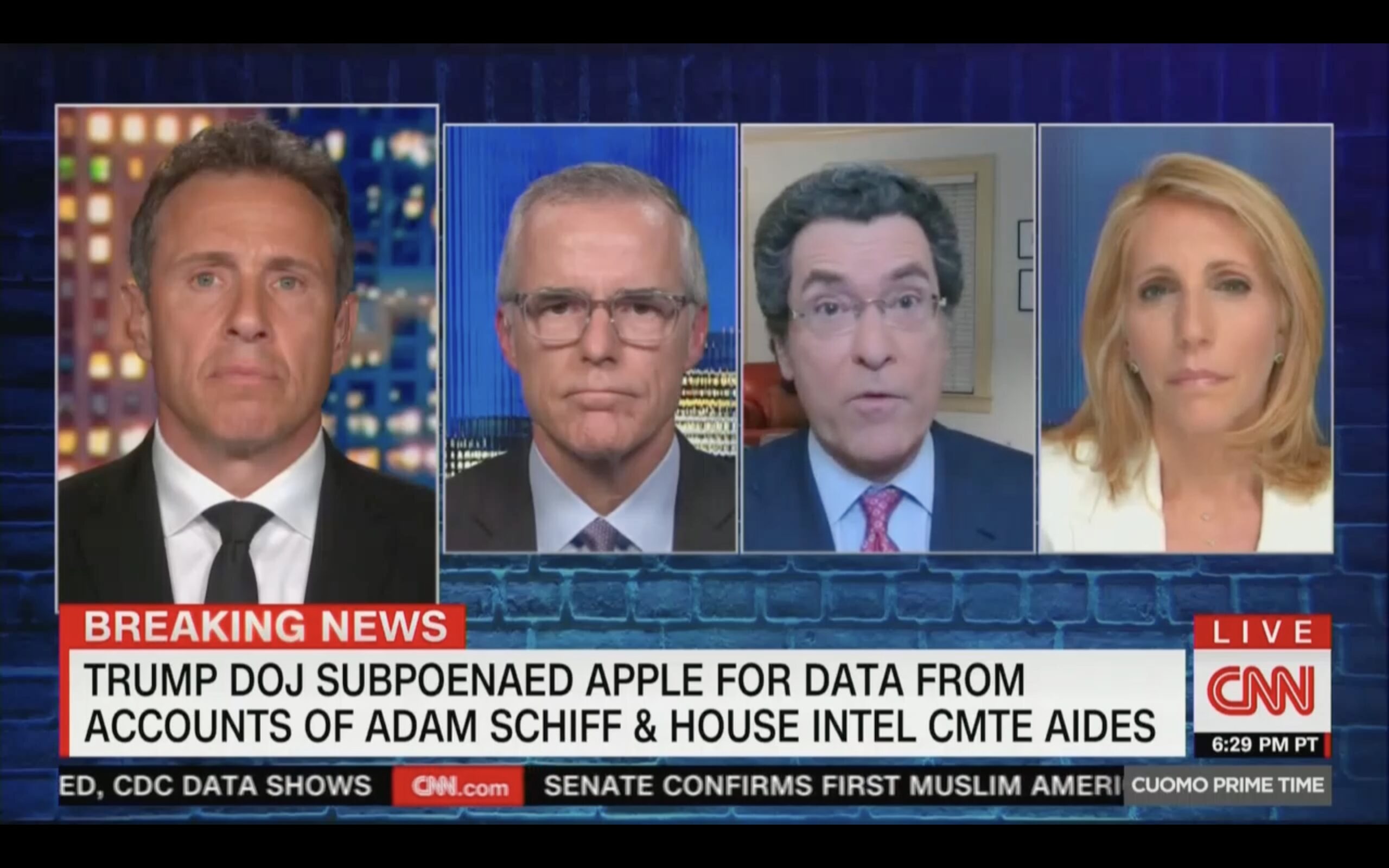 Must be a day ending in “Y” — there’s a new revelation about alleged wrongdoing by the administration of former President Donald Trump, and there’s a panel on CNN to denounce it.

News broke on Thursday that Trump’s Justice Department had subpoenaed data from Apple for several Democratic members of Congress on the House Intelligence Committee, their aides, and family members. According to a New York Times report, the records of at least a dozen people — including one minor — were seized in 2017 and 2018, including Rep. Adam Schiff (D-CA), who now chairs the Intelligence Committee.

Schiff has called for an investigation by the Inspector General. Rep. Eric Swalwell (D-CA), who also serves in the Intel Committee, confirmed later to CNN that his records had also been targeted.

The Trump DOJ also put Apple under a gag order, said Cuomo, and the targets of these subpoenas were not notified until last month about the data seizure, asking his panel of former FBI deputy director Andrew McCabe, CNN legal analyst Norm Eisen, and CNN chief political correspondent Dana Bash if they had ever heard of anything like this happening before.

Bash said it was “unprecedented” that Trump’s DOJ was “used in so many political ways,” but especially this particular story, she just didn’t have words for it. She cautioned against viewing it as “just another norm-busting move by the Trump administration,” framing it as a far worse type of political corruption to be targeting “specifically members of Congress who had been aggressively trying to investigate them.”

“I don’t think we’re at the end of hearing these revelations,” remarked Eisen. “It was a seemingly bottomless pit of abuse of power. It’s the nightmare of the framers.”

Eisen also added that it may be warranted to bring in outside counsel to assist Congress with an investigation, similar to the role he had performed during Trump’s first impeachment trial.

“Let’s figure out what happened,” said Eisen. “Let’s pass a law so that it’s not just a matter of, oh, you violated ethics rules. DOJ internal ethics rules say you can’t pursue investigations for political reasons or to curry favor with the president. But that’s not enough. We need tougher restrictions here. Frankly, for the really outrageous abuses, we may need not only civil remedies, but also criminal ones. We can’t let this happen again in America. It’s too dangerous.”

Watch the video above, via CNN.