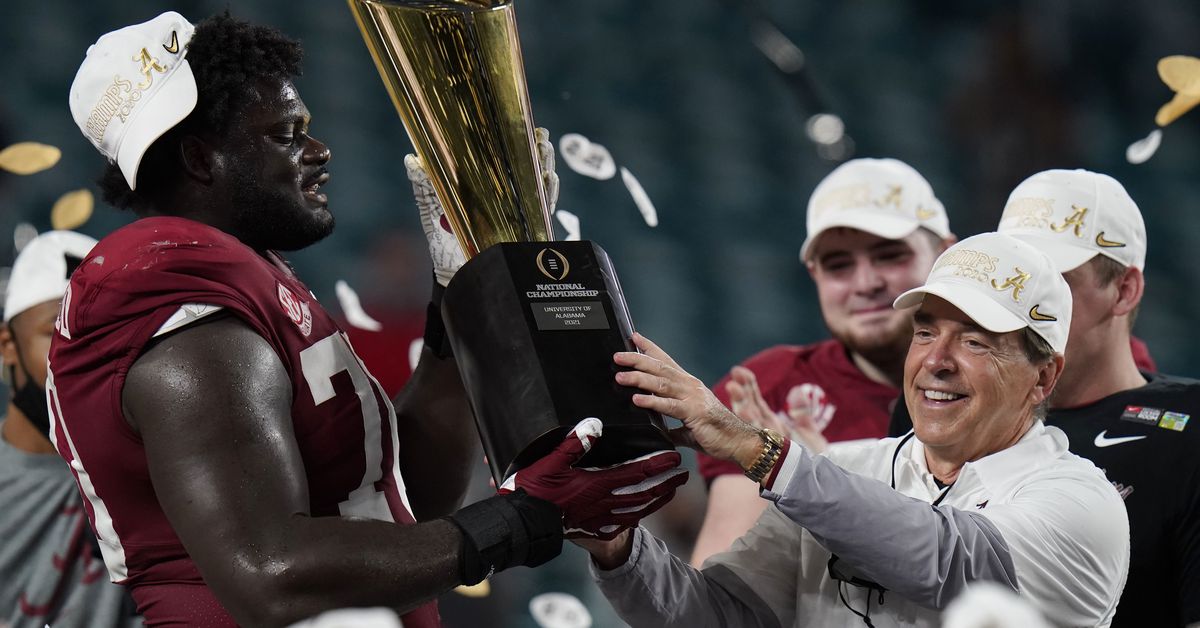 The College Football Playoff would expand from four to 12 teams, with six spots reserved for the highest ranked conference champions, under a proposal that will be considered next week by the league commissioners who manage the postseason system.

A 12-team playoff would include the six highest-ranked conference champions in major college football, plus six at-large selections, a person familiar with announcement told The Associated Press on Thursday. The person spoke on condition of anonymity because the CFP has not yet released details.

A full announcement with more details of the plan was expected later Thursday. The Athletic was the first to report a 12-team model was being proposed.

The CFP’s surprising disclosure comes a week ahead of the planned presentation by a subgroup of the management committee to the full panel in Chicago on June 17-18.

It’s an important step in a process that has several more to check off before expansion can become a reality.

If the presidents sign off, the next step is determining whether the plan can be implemented and when.