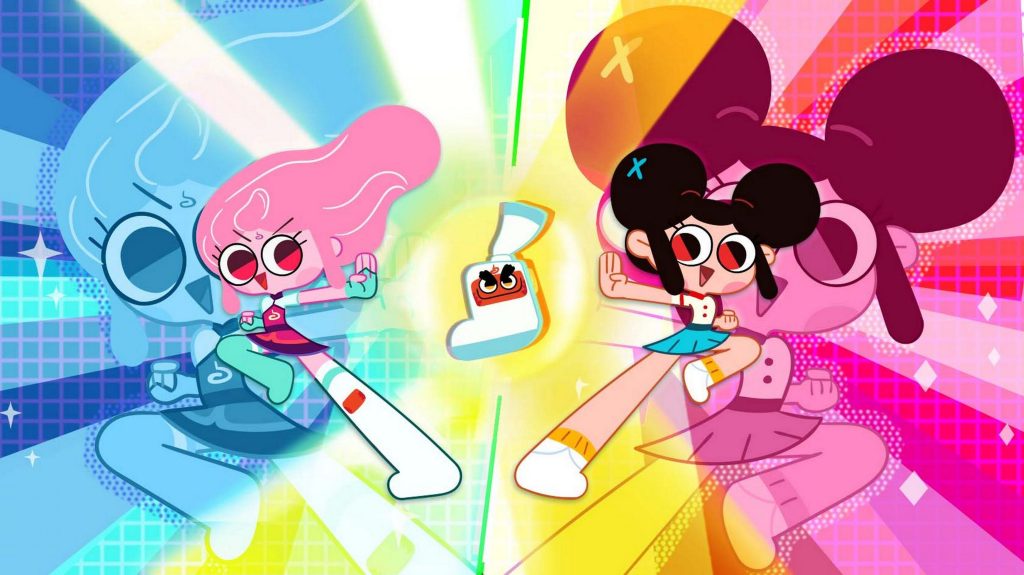 Co-produced by internet colossus Tencent Video and UYoung, a leading Chinese kids entertainment company, the 52-part series is currently in production and will be ready for delivery later this year.

The deal continues a relationship between Federation Kids & Family and UYoung which collaborated with Federation K&F to sell into China “The Ollie & Moon Show,” a banner animated show from Federation producer Cottonwood Media.

This is what’s left of a Kung Fu Master from another world charged with guarding an ancient scroll. When he came through a vortex into Tee Zee’s time, his powers were weakened, and he was transformed into a sock.

When Tee Zee puts the sock on her foot, however, she’s morphs into a super hero – a kick-ass Kung Fu girl. Together the two must continue Kung Fu Wa’s mission, keep track of the ancient scroll, vanquish evil and protect their world, the synopsis reads.

“‘Kung Fu Wa!’ tries to avoid stereotypical princess and super heroine archetypes. The story centers around an ordinary little girl who becomes a kung fu hero in her daily adventures,” said Leeger Liu, the show’s producer at Tencent Video. “We hope to create a greater sense of resonance among the demographic and inspire kids. We are thrilled to bring this girls series to the international market, and confident it will bring much joy to younger audiences around the world.”

“This is such a funny, fast-paced show with a smart and feisty heroine whose can-do attitude will be an inspiration to children everywhere,” added James Chen Gu, general manager, UYoung Animation Studio.

For Federation K&F sales head Monica Levy, “This series is brimming with action, adventure, and humor, as well as endearing moments especially around the special relationship that forms between TeeZee and the Kung Fu Master; like an odd couple that thrive together to fight evil.

She added: “It’s wonderful to be working with UYoung again, and to be representing one of their high-end productions that we can’t wait to show our buyers.”