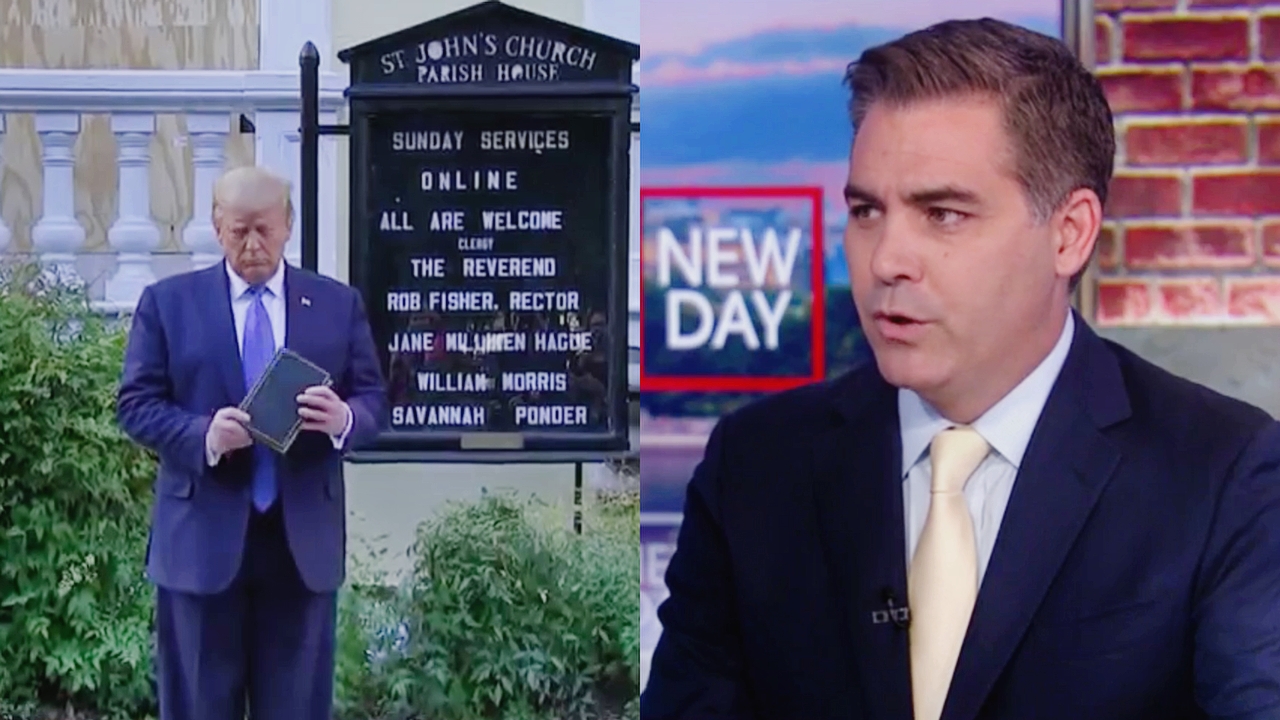 The inspector general’s report was greeted by one of Trump’s non-Twitter tweet-style statements, which began “Thank you to the Department of the Interior Inspector General for Completely and Totally exonerating me in the clearing of Lafayette Park!”

But on Thursday morning’s edition of New Day, Acosta ripped the IG and the report when co-anchors Brianna Keilar and John Berman asked him to weigh in.

“I certainly think it raises more questions than it answers,” Acosta said, and noted the report’s claim that  “the Park Police cleared the park with the purpose of setting up this fence because obviously the protesters needed to be moved back from this area where they were defacing statues and potentially pulling down the Andrew Jackson statue and so on.”

“I was in the Rose Garden that day when Trump gave that speech and said ‘I’m going to go to this special place,’ talking about the church, and you could hear the Park Police and other Federal forces, DC police, clearing that park, they were violently pummeling protesters, tear-gassing protesters,” Acosta recalled, noting that at the time, “the White House was telling us ‘Oh we didn’t use tear gas,’ the DC police were using tear gas. ”

“And I have to say, when I read through this report, it sounded as if this inspector general was auditioning to become the inspector general at Mar-A-Lago because this is almost a whitewash of what occurred on June 1st,” Acosta continued.

Berman noted that “The IG report didn’t say, though, that that didn’t happen. What it really specifically said was that the Park Police and only the Park Police, not necessarily the Secret Service or other law enforcement agencies, but the Park Police didn’t clear those protesters so that the president could go hold up the Bible. That’s a very specific narrow finding.”

“But what we don’t know is what the White House was plotting at the same time,” Acosta said. “Remember, if you look at this inspector general’s report, there’s one point where Park Police Commander talks to the attorney general and the attorney general says… ‘Are these protesters still going to be here when the president comes out?’ So clearly they had this intention to use the clearing of the park to stage this photo opportunity, even if that was not the original intent of the Park Police.”

Watch above via CNN.

One Reply to “Jim Acosta Rips Trump-Appointed IG Who Did Report on Bible Photo Op: ‘Auditioning to be Inspector General at Mar-a-Lago’”