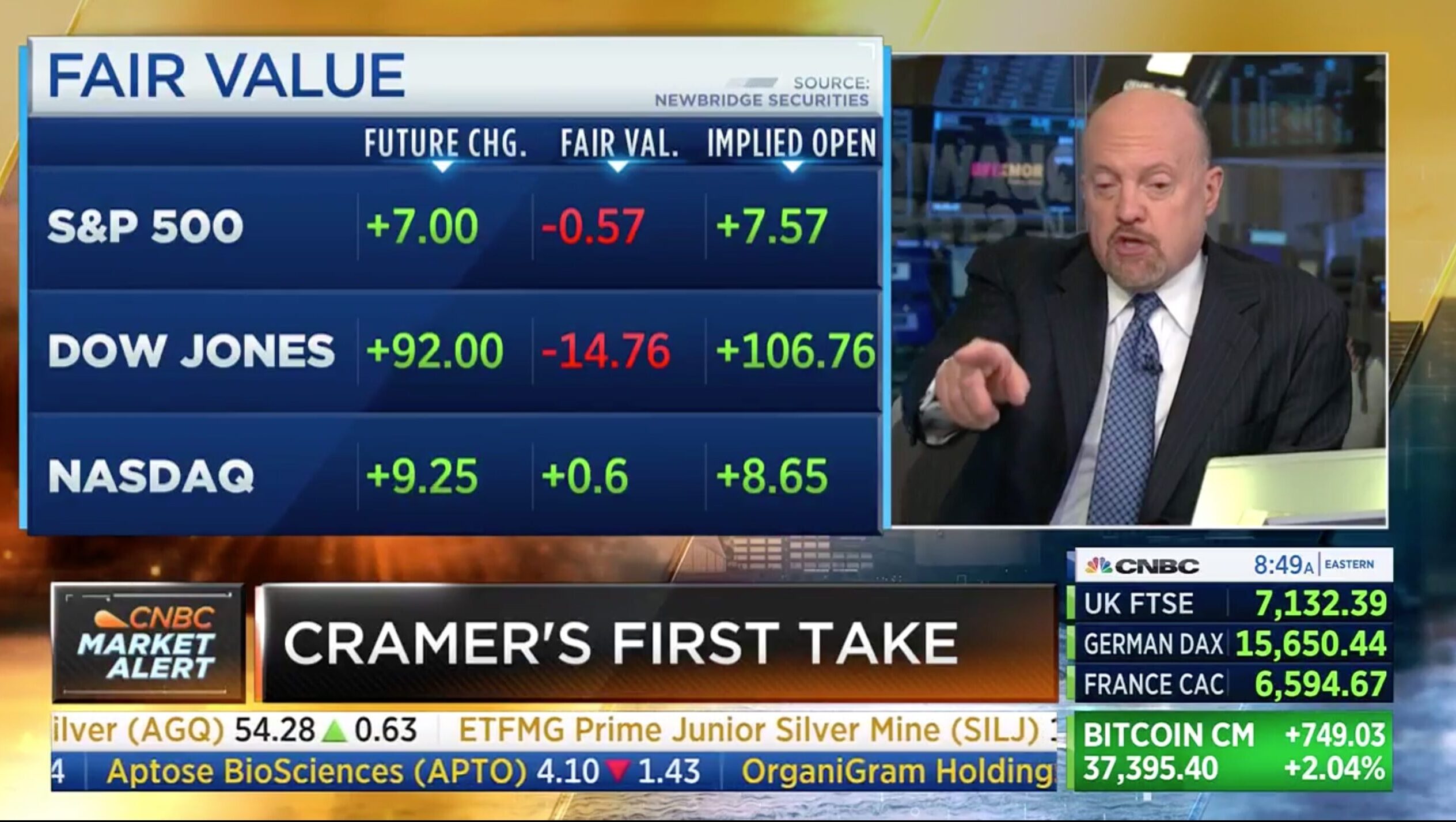 CNBC’s Jim Cramer is calling for a billionaire’s tax following the release of a stunning ProPublica report earlier this week exposing the IRS returns of the mega-rich, and showing how little they pay in taxes.

Speaking about the topic during Friday’s Squawk on the Street, the CNBC analyst was asked by host Andrew Ross Sorkin about a tweet he’d just fired off in which he called for the tax.

Why can’t we just create a billionaire surtax? enough already

“Why not put a surtax on billionaires?” Cramer said — noting Abraham Lincoln’s support for a graduated tax.

Although it might seem that such a stance might ruffle feathers of the CNBC crowd, Cramer said he did not expect his take to be controversial, given that his proposal stands to impact only the richest of the rich.

“There’s not billions of billionaires,” Cramer said. “Let’s come up with something for this small group!”

Sorkin asked if Cramer is seeking a wealth tax in the mold of Sen. Elizabeth Warren (D-MA). The CNBC analyst said no, and added later in the interview, “Does Elizabeth Warren talked about [the tax] in a way that I think is a little bit too severe? Yes.”

But Cramer also said, “There’s an elite group of people and this society has to start addressing this inequality.”

The CNBC analyst fleshed out his position in Tweets after the segment.

“[T]hese revelations make me sick,” he wrote at one point.

i want to put a surtax on billionaires who avoid taxes. “Avoid” is legal. Evade isn’t. But i am now questioning that distinction….

Watch above, via CNBC.