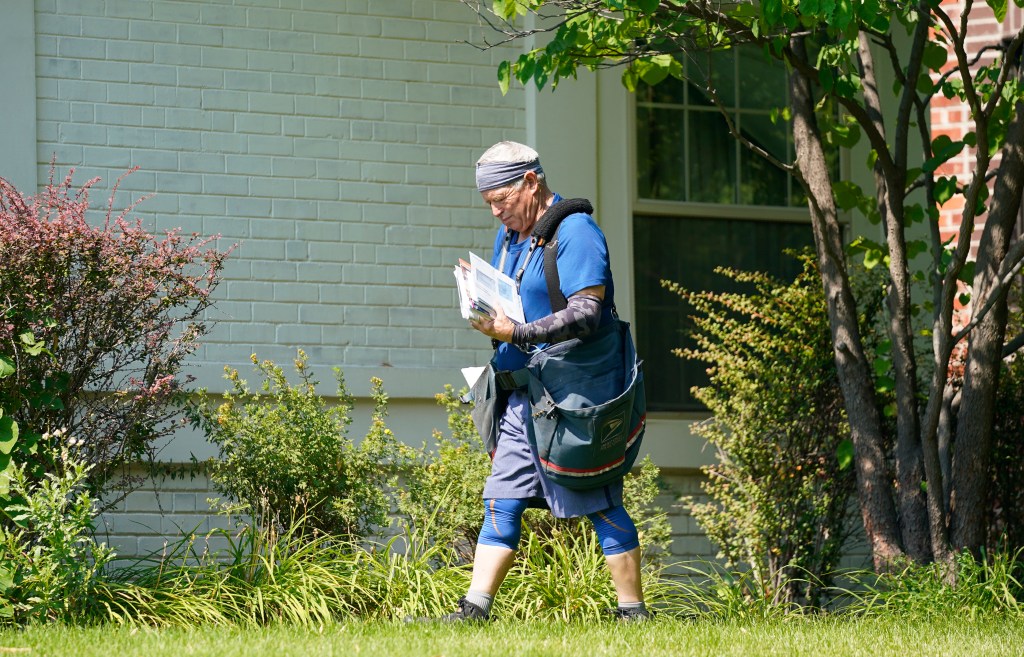 More than 5,800 postal employees were attacked by dogs across the country in 2020, and Denver ranked fifth nationwide in dogs attacking carriers.

“Raising awareness about dog bite prevention and how to protect our letter carriers as we deliver
the mail is paramount,” said USPS Acting Employee Safety and Health Awareness Manager Jamie Seavello, in the release. “Dogs are instinctive animals that may act to protect their turf and that why’s it’s important to inform the public about this campaign.”

Denver was the fifth highest city in the 2020 ranking with 44 reported attacks. Houston led the nation with 73 attacks.

James Michael Benson, a letter carrier in Kansas City, was among the thousands of postal employees who were attacked last year.

“I knocked on a customer’s door to pick up a package and as a young child answered, a dog
came bursting out of the door and bit my forearm, knocking me to the ground ” Benson said, in the release.

Benson, who has been trained to protect himself from dog attacks, said the incident happened so fast that he couldn’t use his canister of repellent.

“I was in shock and struggling with the dog, when he lunged and bit me again on my face, under
my ear,” Benson said. The attack lasted just seconds, the owner quickly restrained the dog, but Benson described the incident as one of the most terrifying moments of his life.

Mail and post carriers are trained to avoid conflicts with dogs. People receiving mail, or expecting a package pickup, should be aware of their pets and take measures to help ensure safety, such as keeping dogs leashed when outside and keeping aggressive dogs away from the front door if possible.

The safety and awareness campaign runs Saturday through June 18. “Dog bites are entirely preventable,” the release said. “One bite is one too many.”