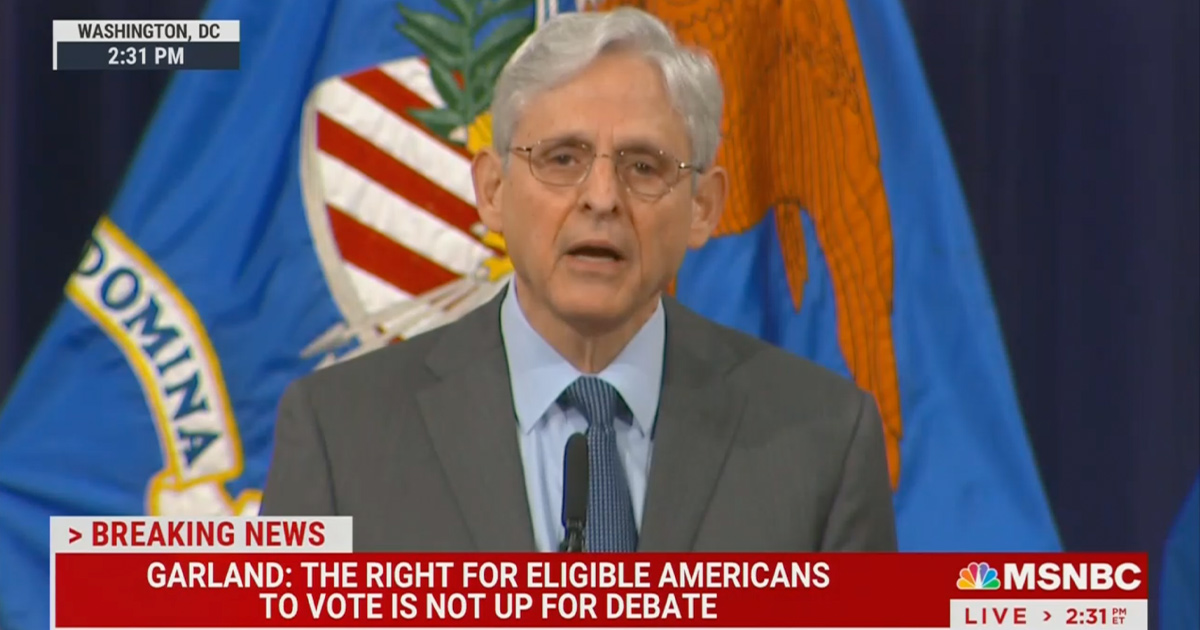 Attorney General Merrick Garland gave a speech Friday on voting rights that addressed efforts to challenge the results of the 2020 election and the threats election workers have received.

“The protections of federal voting rights law have been drastically weakened,” Garland said in his address.

He referenced a “dramatic rise in legislative efforts that will make it harder for millions of citizens” to vote, and brought up the voting laws passed this year in several states.

Garland also made a point of saying, “Some jurisdictions, based on disinformation, have utilized abnormal post-election audit methodologies that may put the integrity of the voting process at risk and undermine public confidence in our democracy.”

“The Civil Rights Division has already sent a letter expressing its concern that one of those audits may violate provisions of the Civil Rights Act that require election officials to safeguard federal election records,” the AG continued.

Garland was referencing the much-ridiculed audit underway in Arizona. Even a few Arizona Republicans have pushed back on some of the nonsense going on surrounding the audit. It has the backing of former President Donald Trump, who wants similar efforts to happen in Pennsylvania.

Garland announced in his speech Friday that the DOJ will be doubling the Civil Rights Division’s enforcement staff and is currently “scrutinizing new laws that seek to curb voter access, and where we see violations, we will not hesitate to act.”

“We are also scrutinizing current laws and practices in order to determine whether they discriminate against Black voters and other voters of color,” he added.

“We have not been blind to the dramatic increase in menacing and violent threats against all manner of state and local election workers, ranging from the highest administrators to poll workers. Such threats undermine our electoral process and violate a myriad of federal laws,” the AG said.

You can watch above, via MSNBC.