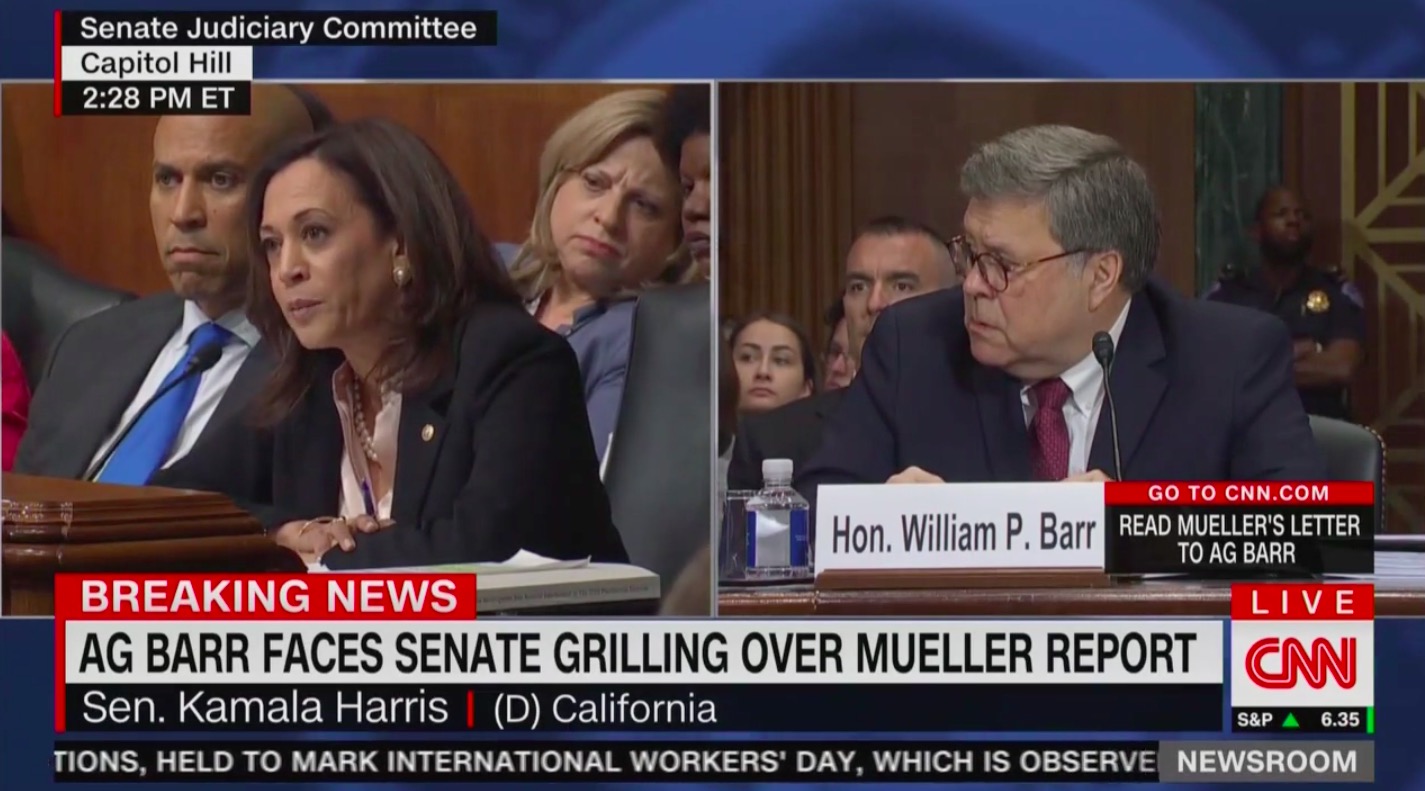 It was May of 2019 when then-Senator Kamala Harris grilled William Barr on whether former President Donald Trump—or someone else at the White House—requested the former Attorney General to investigate anyone. Barr hemmed at the answer before admitting “there have been discussions.”

This moment from two years ago is suddenly relevant now after the NY Times bombshell report that Trump’s DOJ was so concerned about the leaks of classified information that it took the extremely rare step of subpoenaing Apple for private personal data from the accounts of at least two Democrats on the House Intelligence Committee, aides, and family members, including a minor. From the NY Times report:

All told, the records of at least a dozen people tied to the committee were seized in 2017 and early 2018, including those of Representative Adam B. Schiff of California, then the panel’s top Democrat and now its chairman, according to committee officials and two other people briefed on the inquiry. Representative Eric Swalwell of California said in an interview Thursday night that he had also been notified that his data had subpoenaed.

“Has the president or anyone at the White House asked or suggested that you open an investigation of anyone?” Harris asked, to which a struggling Barr said “um, I wouldn’t — I wouldn’t” before asking her to repeat the question.

“I will repeat it. Has the president or anyone at the White House ever asked or suggested that you open an investigation of anyone, yes or no, please, sir?” she replied. “Seems you would remember something like that and tell us.”

“But I’m trying to grapple with the word suggest,” Barr shot back, before explaining why he is struggling with the wordage: “There have been discussions of matters out there but they have not asked me to open an investigation.”

Trump and his allies had repeatedly called for an investigation to be opened into Robert Mueller‘s investigation and the origin of the special counsel report.

Rep. Schiff has called the report of the DOJ seizing his personal records a “shocking abuse of power.”

Watch above, via CNN.