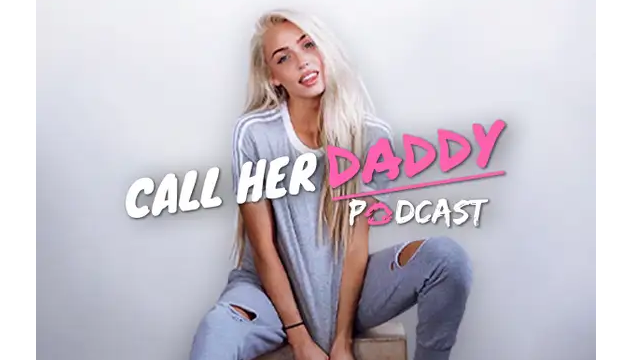 Spotify is on the hunt for another big-name podcaster: The company is in advanced talks with Alexandra Cooper to bring raunchy talk show “Call Her Daddy” — currently produced and distributed by Barstool Sports — exclusively to its platform, Variety has confirmed. The pact could be worth $20 million or more.

The perennially popular “Call Her Daddy” podcast about sex and relationships had been hosted by Cooper and Sofia Franklyn (both of whom Barstool discovered on Twitter in 2018). Last year, Cooper and Franklyn had a public spat with Barstool Sports president David Portnoy over the terms of their contracts. As a result, Franklyn quit the show to launch her own independent podcast, “Sofia With an F.”

Reps for Spotify and Barstool Sports declined to comment. The talks between Cooper and Spotify were first reported by the Wall Street Journal.

Under the prospective deal with Cooper, her past podcasts of “Call Her Daddy” could be available exclusively on Spotify as soon as the end of July. In May 2021, “Call Her Daddy” was the No. 5 most-listened-to podcast in the U.S., per ranking firm Podtrac.

Spotify last month announced a deal to bring Dax Shepard’s “Armchair Expert” exclusively to the platform as of July 1.

Last year the audio-streaming giant cut a deal with Joe Rogan for “The Joe Rogan Experience” to come to Spotify exclusively, a pact reported to be worth $100 million. In announcing earnings for the first quarter of 2021, Spotify said Rogan’s show performed above expectations with respect to new user additions and engagement for the period, after “The Joe Rogan Experience” became exclusive to the service in December. Also last year, Spotify acquired Bill Simmons’ The Ringer, for upwards of around $200 million, largely for its podcast shows.

At the end of Q1, Spotify had 2.6 million podcasts on the platform (up from more than 2.2 million podcasts at the end of 2020). The percentage of monthly users who engaged with podcast content was “consistent” with Q4, when about 25% of total users listened to podcasts, the company said.