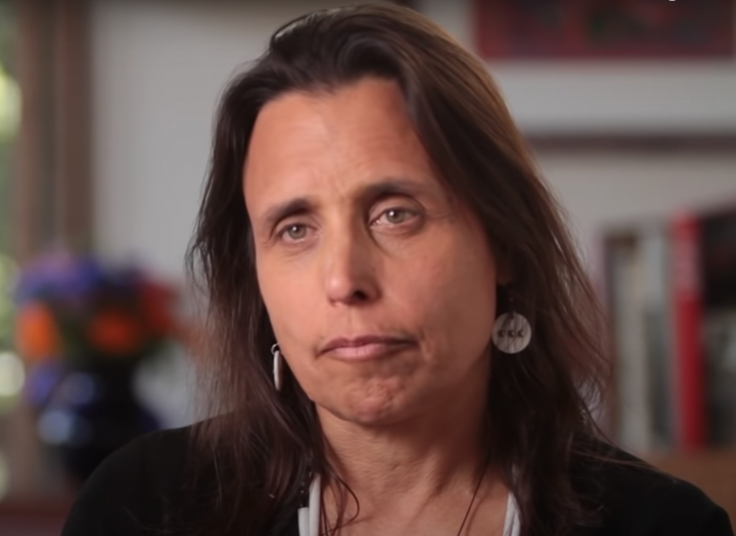 Months after court documents showed that a leading environmental activist defended an employee accused of pedophilia, the group she leads is taking center stage in a fresh battle against a Minnesota pipeline.

The effort has attracted leading Democratic lawmakers and other environmentalist groups that have not blanched at working hand in hand with Winona LaDuke as the embattled activist faces an ongoing lawsuit over her handling of an alleged pedophilia scandal.

LaDuke’s Honor the Earth is leading the charge against Line 3, a campaign top Democrats and environmental advocates have praised as “bold” and “courageous.” LaDuke’s allies have also ignored the lawsuit’s bombshell revelations, which show that the activist pledged to “stand with” an employee accused of pedophilia even as she admitted that he likely shared a sexual experience with a “younger guy.”

According to court filings obtained by the Washington Free Beacon, a group of Native American women approached LaDuke in 2015 to relay “allegations of pedophilia” against then-Honor the Earth organizer Michael Dahl. LaDuke quickly pledged to “stand with Mike,” writing in internal Facebook messages that Dahl “probably did have sex with this guy” but is not “a predator or pedophile as he’s raised a lot of young men.”

LaDuke echoed that sentiment in a July 2020 deposition, stating that when Dahl worked as a camp counselor, he “shared a lot of experiences” with a “younger guy,” including one that “seems to have been” sexual. According to LaDuke, however, the relationship was “actually consensual” and she was “not to judge.”

“Is this a closed deposition now or now it’s a public record?” LaDuke said.

The legal challenge does not appear to be going away anytime soon. Honor the Earth’s attorney failed to get the suit dismissed, and a district court judge issued an order in April compelling LaDuke to turn over additional emails, text messages, and Facebook data related to the trial.

National environmental group Sierra Club later praised LaDuke for leading the protest, which received fawning coverage in the Hill, New York Times, and Washington Post with no mention of the lawsuit. LaDuke has also collaborated with Sen. Bernie Sanders (I., Vt.), Rep. Ilhan Omar (D., Minn.), and Minnesota attorney general Keith Ellison—none of whom have addressed the ongoing scandal.

Republican state lawmaker Anne Neu Brindley accused Democrats of “condoning [LaDuke’s] behavior by not coming out against this.”

“It’s shocking—well, I wish it was shocking—that progressives continue to stand by LaDuke,” Neu Brindley told the Free Beacon. “I mean, we’re talking about pedophilia. These allegations are really serious.”

Honor the Earth, 350.org, Sierra Club, Sanders, Omar, and Ellison did not return requests for comment.

The Line 3 project employs hundreds of Native workers, many of whom were forced to evacuate the site during LaDuke’s protest as demonstrators blocked the construction roads and chained themselves to equipment. A group of Native business leaders called on tribal governments to “stop future destructive and unlawful protests that endanger our Native workers” in a letter sent after the protest.

“Protests that disrupt work, damage property, and threaten our employees while claiming to be on behalf of our Native people is creating additional tension and consequences within our tribal communities,” the letter states. “They also intentionally create a false narrative that there is no Native American support for this project and the economic opportunities it brings to our people.”

LaDuke will now work to convince the Biden administration to cancel Line 3 as her group works simultaneously to beat back the lawsuit. After the Minnesota Court of Appeals ruled Monday to affirm state energy regulators’ approval of the pipeline, LaDuke and McKibben pledged to take the fight to the White House.

“If the Biden administration is under any illusions, this is now very much a national fight that people are going to be knowing more and more about,” McKibben told reporters in response to the decision.