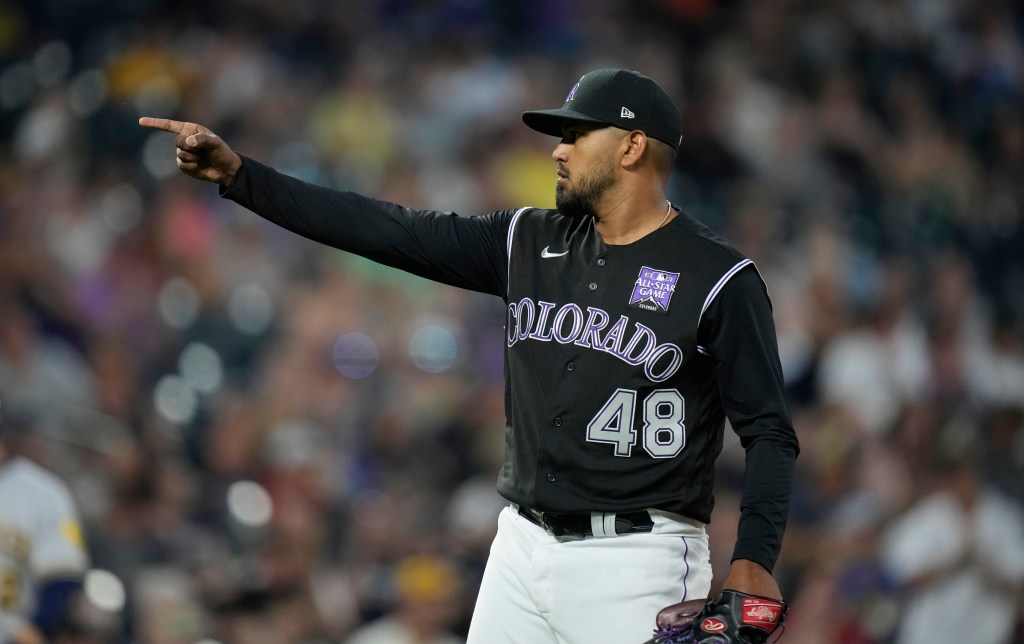 Is the source of this Colorado heat wave actually Coors Field? Because the Rockies are on fire.

It culminated in a 7-3 victory to extend the Rockies’ current winning streak to four games.

Colorado (29-41) aims to keep its homestand momentum rolling on Friday against the Brewers (38-31). The Rockies are now 24-14 in games played at Coors Field this season.

“It’s been a great four games,” Cron said. “There is something about this ballpark that we feel super comfortable in and it’s nice to see the offense kind of rolling. Everybody is contributing. We’re scoring a lot of runs and our pitchers are also doing a great job.”

Colorado took control in the first inning on Thursday.

Woodruff — touting a 1.25 ERA over his previous 12 starts — loaded the bases with singles from Yonathan Daza and Trevor Story, followed by a Ryan McMahon walk. Cron, with two outs, blasted a fastball 401 feet and into the right-field stands. It was Cron’s eighth homer of the year and his third career grand slam.

The Rockies weren’t done yet. Hampson followed Cron at the plate and hammered a slider for a solo home run. Colorado assumed an early 5-0 lead.

Marquez — dinged for eight earned runs in his prior start — rebounded masterfully. He allowed one hit through six innings by forcing soft contact with 12 outs via ground balls. Marquez K’d two Brewers and allowed three walks.

“In the fifth inning, (Marquez) started cramping up on the left side of his back. He’s been through this before,” manager Bud Black said. “We were planning on having him go out for the seventh. He hit in the bottom of the sixth, but when he came back from his at-bat … The cramping was getting worse.”

Woodruff settled in after his poor start and held Colorado scoreless the next four innings. Milwaukee reliever Eric Yardley entered in the sixth when the Rockies caught another spark.

The Rockies turned to their bullpen in the seventh with reliever Ben Bowden. He struggled to find the zone, loaded the bases on walks, and got pulled with two outs. Right-hander Yency Almonte entered the game and Brewers infielder Luis Urias blasted a three-run double. Almonte forced a groundout to end the inning with the Rockies still leading 7-3.