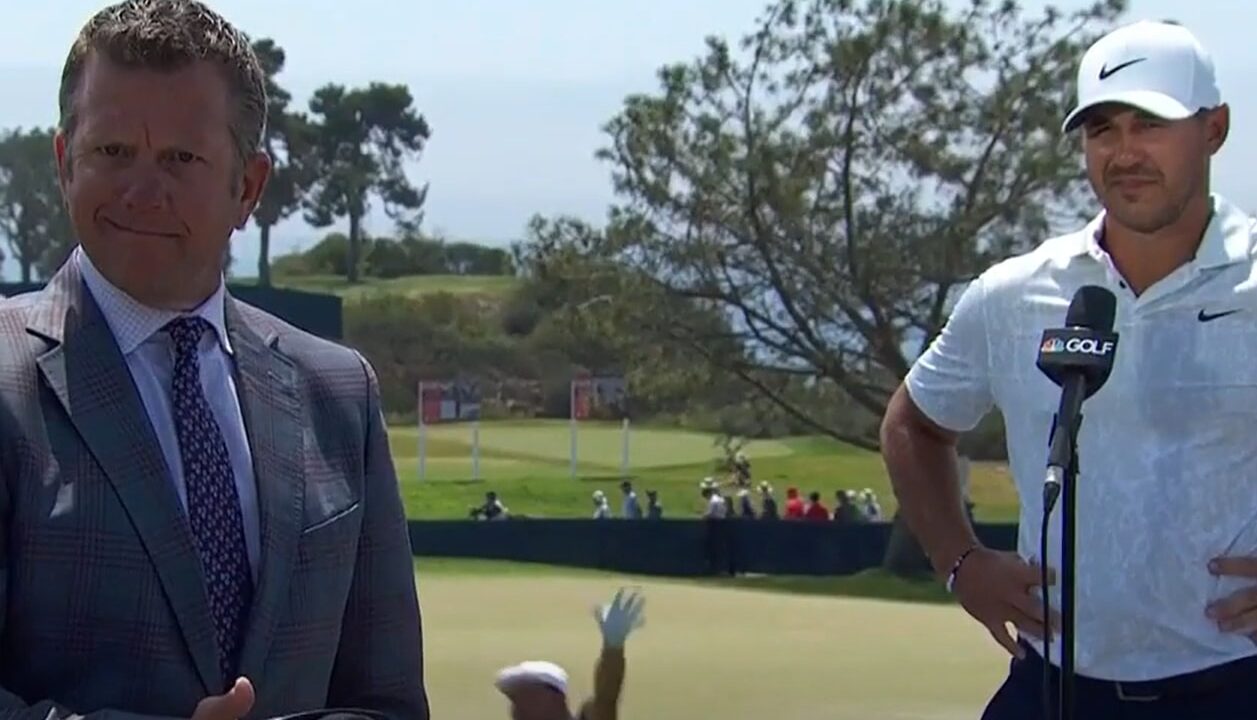 The jump heard round the world? Or just a desperate attempt at fueling the fire between two of the biggest stars on the PGA Tour, Bryson DeChambeau and Brooks Koepka.

After his first round at the U.S. Open on Thursday, Koepka was about to be interviewed by the Golf Channel’s Todd Lewis when DeChambeau tried to videobomb the spot. DeChambeau can be seen jumping and waving his arm over a fence behind Koepka. His wave occurred before the interview was underway, but rolling cameras still caught the videobomb attempt.

The Golf Channel later aired the clip, led by play-by-play commentary from Lewis. “Bryson DeChambeau in the background, playfully jumping, having a bit of fun, no real animosity there,” Lewis said before adding, “I’m not sure if this video will go viral or not, we shall see.”

The handwave was not viral worthy, especially when compared to last month at the PGA Championship, where DeChambeau more obviously interrupted Koepka’s interview with Lewis, escalating their feud. DeChambeau’s passing comment sparked a dramatic eye roll from Koepka who displayed obvious disdain for his golfing rival.

“Sometimes, um – I f*cking, I lost my train of thought,” Koepka said during last month’s incident. “Hearing that bullsh*t.”

Thursday’s clip was mundane. And like the first clip, if it was anything noteworthy, it would have been leaked, not promoted by The Golf Channel. Don’t toy with us, Golf Channel. If the feud is going to escalate this weekend during the U.S. Open at Torrey Pines, DeChambeau or Koepka will need to do something more forceful than a wave.

Watch above via, The Golf Channel