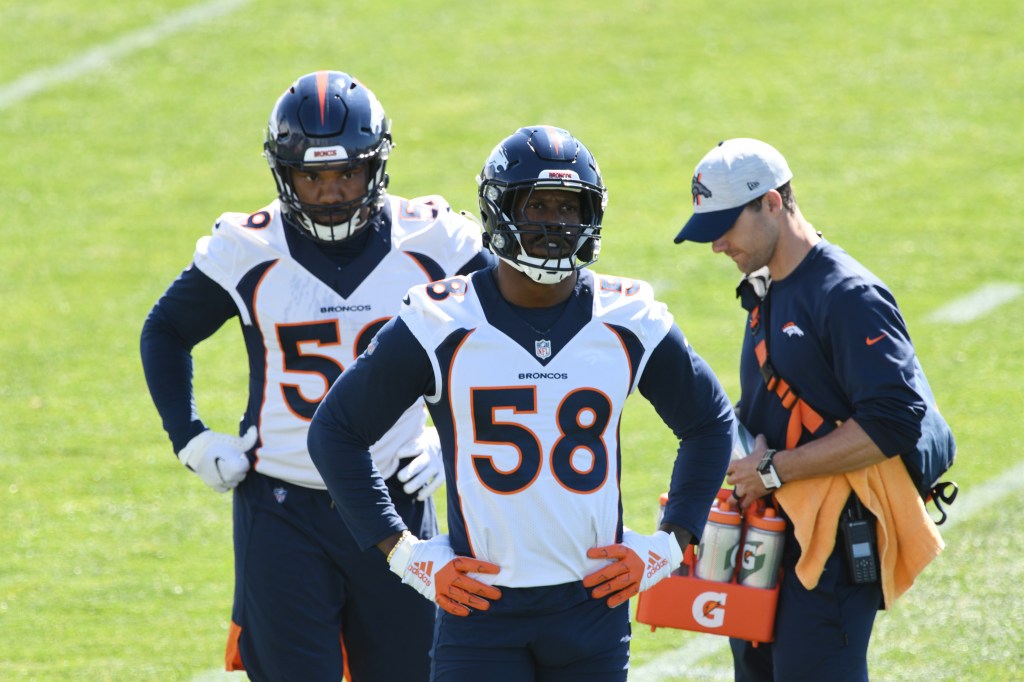 Could we see Von Miller return to top form this year? One oddsmaker thinks he has a decent shot.

The Broncos star linebacker missed the 2020 NFL season after suffering a severe ankle injury just before the start of year. He has +1,600 odds — meaning a $100 bet would win $1,600 — to win the comeback player of the year award, according to DraftKings Sportsbook.

However, he has stiff competition. Cowboys quarterback Dak Prescott — who missed 11 games last season — is the favorite at +175. He’s followed by Bengals quarterback Joe Burrow and running backs Saquon Barkley of the Giants and former Valor Christian standout Christian McCaffrey of the Panthers, who are tied for second at +600.

Former Broncos quarterback Tim Tebow also made the list at +3,300, tied at 14th among the players listed.

Here’s a look at some of the current odds in the world of sports.

The odds the Vegas Golden Knights will win the Stanley Cup this year, according to sportsbetting.com. They are favored over the Lightning (+165), Islanders (+500) and Canadiens (+900).

The odds the Broncos’ starting quarterback in Week 1 of the 2021 NFL season isn’t named Drew Lock, Teddy Bridgewater or Brett Rypien, according to FanDuel Sportsbook. Lock and Bridgewater both have +145 odds, while Rypien is listed at +1,600.

The odds Broncos linebacker Von Miller will be named the NFL comeback player of the year next season, according to DraftKings Sportsbook. He is tied for eighth favorite. Dallas quarterback Dak Prescott is the favorite.

The odds the Colorado Buffaloes men’s basketball team will advance to the Final Four of the NCAA Tournament next season, according to DraftKings Sportsbook. They are tied for the 57th-best odds to reach the semifinals.

The over-under for total wins for the Broncos in the 2021 NFL regular season, according to BetMGM.

The odds Broncos quarterback Drew Lock will be named the NFL MVP next season, according to William Hill Sportsbook. He is tied for the 25th-best odds and is the highest listed Denver player. Chiefs quarterback Patrick Mahomes (+475) is the favorite, ahead of Green Bay’s Aaron Rodgers (+800) and Buffalo’s Josh Allen (+1,200).