Tropical Storm Claudette is likely to form Friday and impact the Gulf Coast of the US this weekend while much of the Western half of the US is plagued with once-in-a-generation megadrought and scorching temperatures. 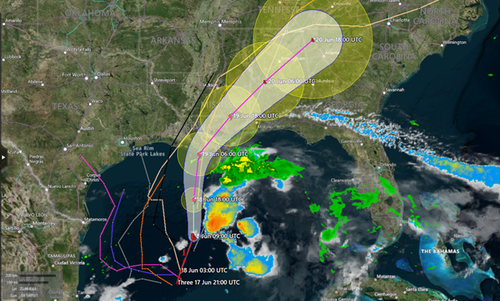 “The system is moving toward the north near 14 mph, and this general motion is expected for the next day or so,” the NHC said.

“On the forecast track, the system will approach the north-central Gulf Coast tonight or early Saturday. A slow northeastward motion across the southeastern United States is likely after landfall through the weekend. Some strengthening is forecast, and a subtropical or tropical storm is likely to form over the west-central or the northwestern Gulf of Mexico later today.”

CNN meteorologist Robert Shackelford said the storm might develop into a Tropical Cyclone 3, which is forecasted to create flash flood risks for Louisiana, Mississippi, Alabama, and the Florida Panhandle starting Friday evening and through the weekend.

NHC says the storm could dump heavy rains from New Orleans to Mobile. 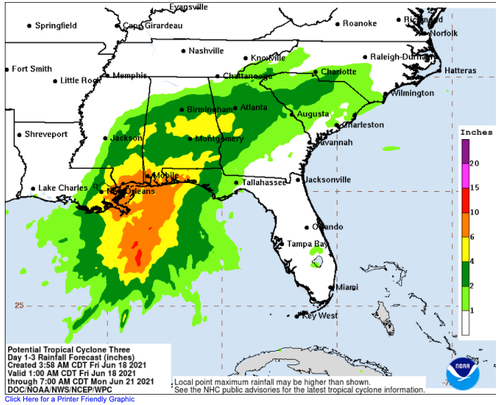 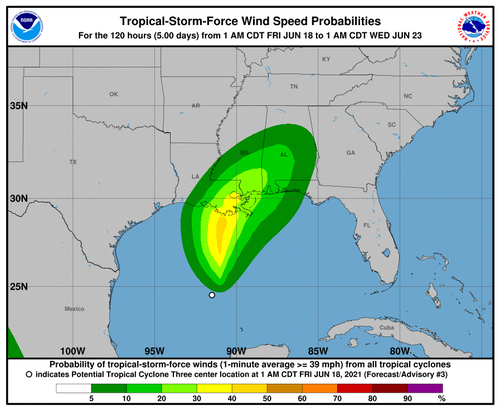 More than six million people are under a tropical storm warning from Louisiana, to the Alabama-Florida border. 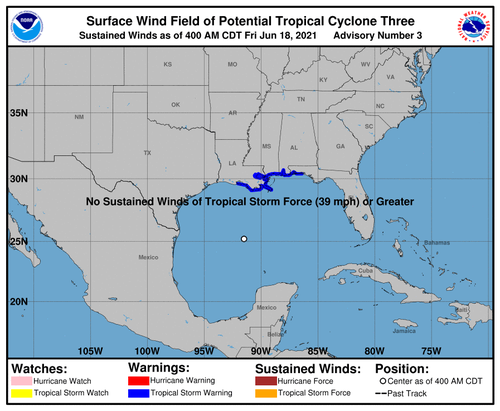 Chevron Corp. has already pulled non-essential workers from its platforms in the Gulf ahead of the potential tropical storm.

“In preparation for the tropical weather, we have transported all non-essential personnel from our Chevron-operated Big Foot, Jack / St. Malo, and Tahiti platforms. All personnel on our Genesis facility have also been moved onshore,” Chevron spokesperson Tyler Kruzich told CNN.

On Monday, the NHC identified three disturbances, but by Wednesday, the agency focused on the tropical threat developing in the western Gulf of Mexico and fast approaching US Gulf states.