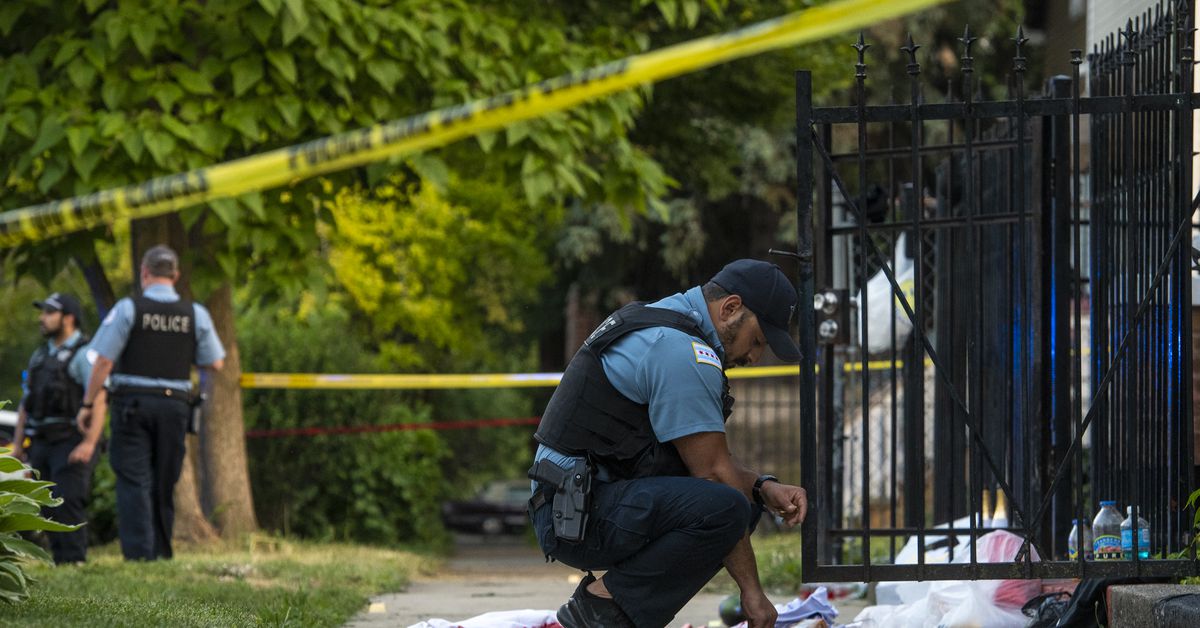 Two people were killed and 17 others wounded in shootings since Friday evening across Chicago.

In the most recent fatal attack, a woman was killed and two other people injured, including a 15-year-old boy, in a shooting Friday night in Back of the Yards.

The group was standing on the sidewalk about 7:30 p.m. in the 5400 block of South Bishop Street when a male shot them from an unknown distance, Chicago police said.

The woman, 28, was shot in the head and taken to the University of Chicago Medical Center where she was pronounced, police said.

The teen boy was struck in the leg and taken to the same hospital in good condition, police said. The man, 31, suffered a gunshot wound to the shoulder and was treated and released on scene.

Also Friday, a 31-year-old man was killed in a drive-by shooting in Parkway Gardens on the South Side.

About 5:20 p.m, the man was on the sidewalk near 64th Street and King Drive when a light-colored vehicle pulled up and someone inside began firing shots at him, police said.

He suffered a gunshot wound to the head and was transported to the University of Chicago Medical Center where he was pronounced dead, police said.

In nonfatal shootings, a man was shot during an attempted robbery early Thursday in West Englewood.

Just after midnight, a 40-year-old man entered a gas station in the 6100 block of South Ashland Avenue and began taking items without paying, police said.

The security guard, 58, approached the man and told him to pay for the items, police said.

He was taken to the University of Chicago Medical Center in critical condition, police said.

On Friday, three men were shot in an attack in the East Side neighborhood.

The shooting happened in the 10000 block of South Indianapolis Avenue just after 8 p.m., according to police.

The men were traveling eastbound on Indianapolis when they heard several shots, police said.

An 18-year-old man was shot in the buttocks and another man, 21, suffered a gunshot wound to the right arm. Both men transported to Christ Medical Center in Oak Lawn where their conditions were stabilized, police said.

A third man, 22, was struck in the leg and taken to the University of Chicago Medical Center where his condition was also stabilized.

At least 11 others were wounded in citywide shootings since 5 p.m. Friday.

Three people were killed and 43 wounded last weekend in Chicago.

Read more on crime, and track the city’s homicides.