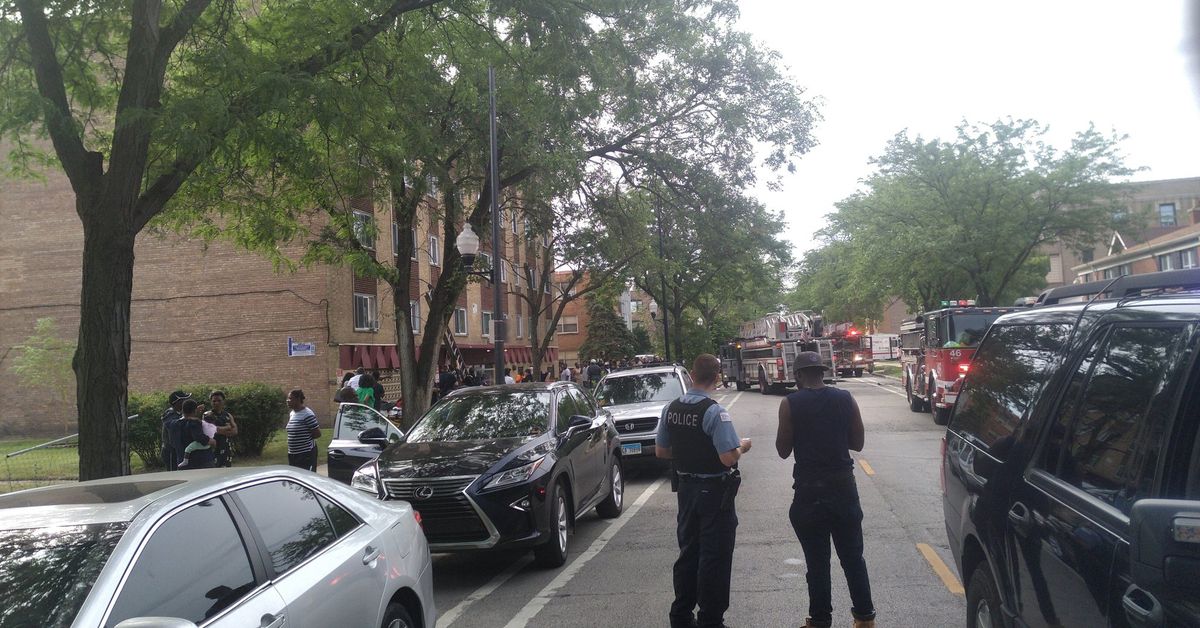 Five people were injured, including two children, after a fire broke out at an apartment building Saturday morning in South Shore.

The blaze was reported at a building in the 7700 block of South South Shore Drive and several residents had to be rescued from the higher floors, according to Chicago fire officials.

Two children and three other people were taken to a hospital, officials said. One of the injured was a woman who was listed in “very critical” condition but was stabilized at the hospital.

The blaze was extinguished by 8:45 a.m., officials said.

The cause of the fire was under investigation.