The Ever Given container ship could soon be released from Egyptian authority’s control after nearly three months following the vessel’s accident in the Suez Canal in March that closed the world’s most important shipping lane for six days. The Suez Canal Authority (S.C.A.) and the vessel’s owners have been bickering over settlement figures for canal disruptions. However, it appears an “agreement in principle” between the vessel’s owners and the S.C.A. has finally been reached. 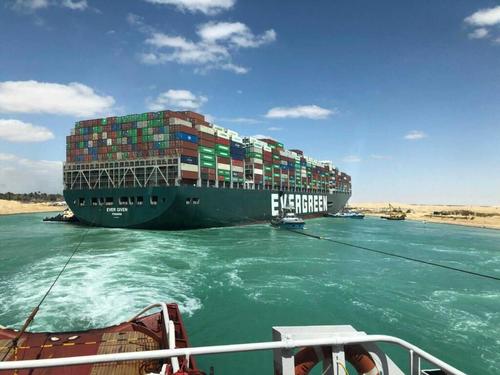 On Wednesday, the container ship’s insurers released a statement confirming “an agreement in principle between the parties has been reached.” The vessel has been moored in Great Bitter Lake, a large saltwater lake in Egypt that is part of the Suez Canal, seized under Egyptian law until the vessel’s owners paid a settlement that was once nearly $1 billion.

“Following extensive discussions with the Suez Canal Authority’s negotiating committee over the past few weeks, an agreement in principle between the parties has been reached,” the UK P&I Club, a protection and indemnity insurance company wrote in a Wednesday press release. “Together with the owner and the ship’s other insurers we are now working with the S.C.A. to finalize a signed settlement agreement as soon as possible.”

UK P&I Club did not discuss exact details about the agreement. Over the last few months, Egypt demanded compensation of $916 million for the six-day disruption when Ever Given was stuck in the lower end of the canal. More recently, the insurer opposed a $600 million settlement.

According to the Egyptian newspaper Ahram Online, Egypt requested $550 million on the requirement that $200 million would be paid immediately. It’s still unclear what the current agreement in principle details.

After nearly three months and plenty of negotiations, it appears the Ever Given could soon be released from Egyptian control.