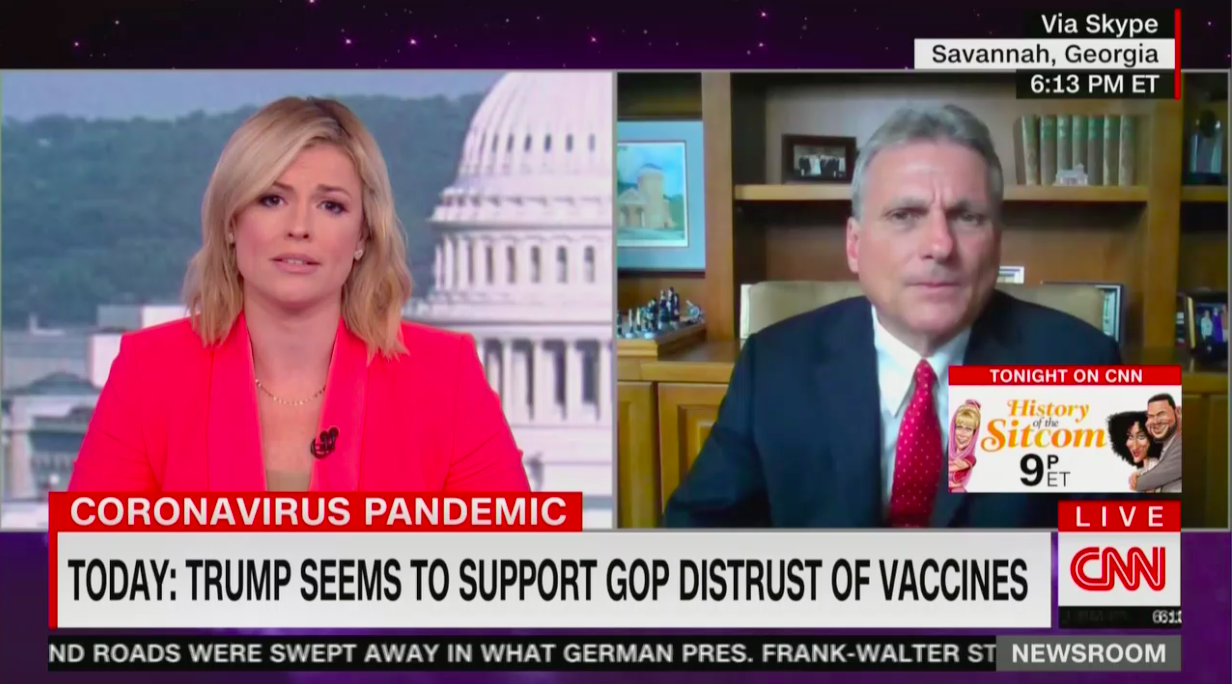 Rep. Buddy Carter (R-GA), whose background is in pharmacy, encouraged everyone to get their Covid-19 vaccination in a Sunday interview with CNN’s Pamela Brown.

“I encourage everyone to get the vaccine. I think it’s safe and effective,” he said. “As a health care professional, I hope everyone will do it. But I’m not going to be suppressing our First Amendment rights to make sure it happens.”

He added, “We have to get the information out there that it is safe and effective, that I’d rather have the vaccine than the virus, and that we need people to get the vaccine.”

Carter commented on President Joe Biden‘s claim that disinformation about the vaccine on social media is “killing people,” agreeing that the information “needs to be straightened out,” but not in a way that is “dictating to these platforms what is misinformation and what is not misinformation.”

Asked by Brown whether he was sending mixed messages by attending a GOP event that called for the firing of Dr. Anthony Fauci alongside lawmakers encouraging people not to get vaccinated.

“Well, you want to talk about misinformation. Keep in mind that Vice President [Kamala] Harris is the one who said she would never take a vaccine that originated under the Trump administration,” he responded.

After being pushed by Brown to answer about the specific event, Carter responded that while he disagrees with Rep. Marjorie Taylor Greene‘s (R-GA) views about the vaccine, “she has every right to her opinion.”

Brown later tried to pivot to address claims that the 2020 election was stolen, but Carter said that her comparing the credibility of information sources from vaccines to the election was “getting into apples and oranges.”

“There’s a danger you’re going to come up with bananas,” he said, adding, “To your point, look, I’ve always said that the problem in the election certification was that changes in these states, in the state of Georgia and Arizona and Michigan were made by the executive branch and the judicial branch and not by the legislative branch they should have been made by.”

Watch above, via CNN.