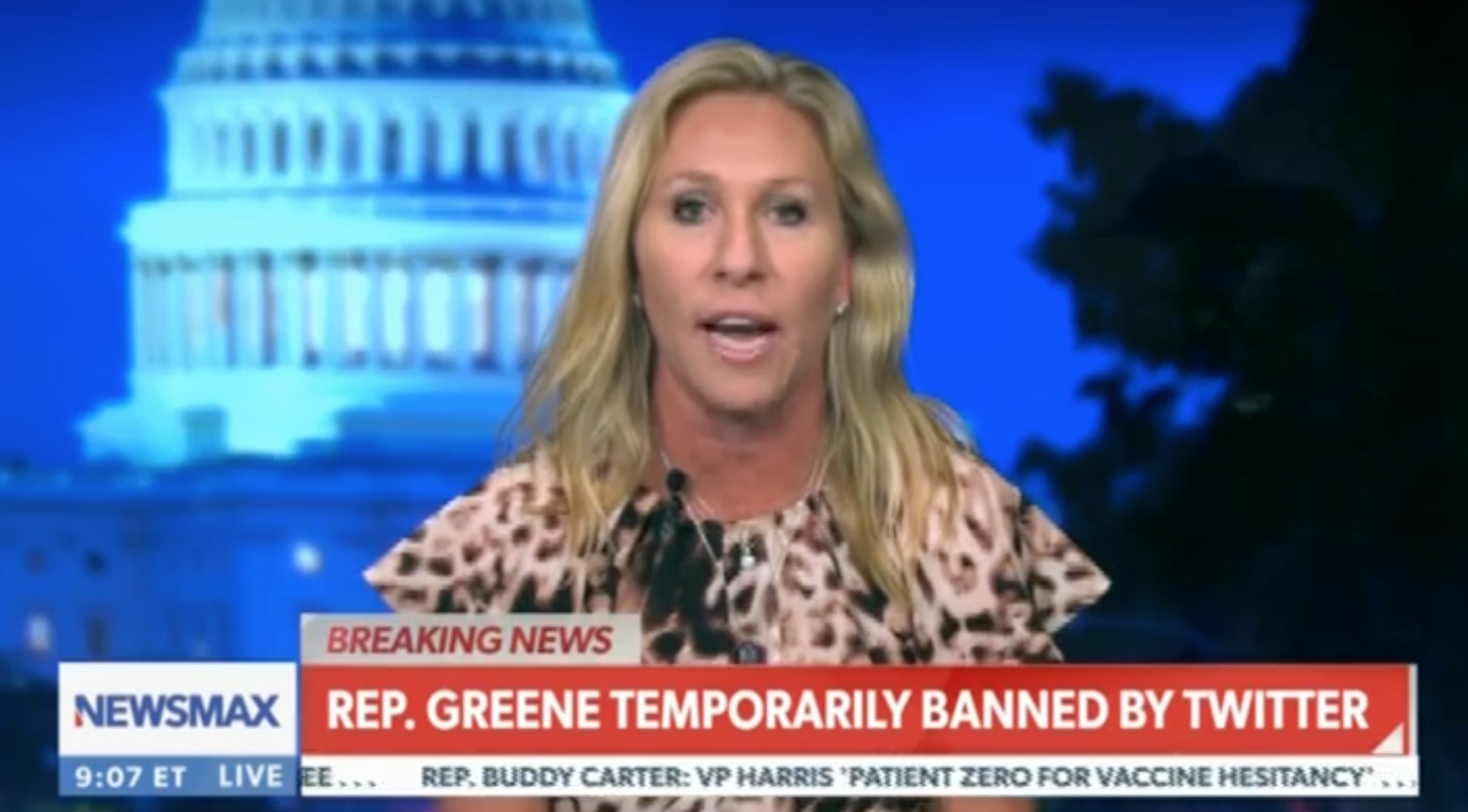 Rep. Marjorie Taylor Greene (R-GA), who has been one of the leading purveyors of falsehoods about Covid-19 and the vaccine in Congress, was suspended by Twitter on Monday for 12 hours for spreading misinformation about the pandemic.

At issue are a pair of tweets Greene issued on Sunday and Monday, which Twitter hasn’t taken down, but has labeled “misleading.”

This is why no entity should force NON-FDA approved vaccines or masks.

Instead help people protect their health by defeating obesity, which will protect them from covid complications & death, and many other health problems.

We should invest in health, not human experimentation. https://t.co/I4zHqwabhi

The controversial #COVID19 vaccines should not be forced on our military for a virus that is not dangerous for non-obese people and those under 65.

With 6,000 vax related deaths and many concerning side effects reported, the vax should be a choice not a mandate for everyone. https://t.co/JhYg3acrrK

Greene made a scheduled appearance on Newsmax just moments after the San Francisco-based social media platform temporarily suspended her account.

“As if I haven’t been canceled enough this past week, now Twitter has banned me for 12 hours,” said Greene.

The congresswoman insisted her tweets are accurate, and said that the suspension was part of a pattern whereby she’s been “canceled” multiple times. She cited the decisions by three private venues in the California cities of Anaheim and Riverside to cancel a rally that was to feature Greene and Rep. Matt Gaetz (D-FL), who is currently under federal investigation.

“Twitter, who is playing a big part and a role with Big Tech and Facebook and the White House – apparently the Joe and the Biden administration – in censoring Americans, along with the communist cities in communist California who doesn’t [sic] believe that America first represents their values, in Anaheim or Riverside.”

City officials had expressed public safety concerns in the connection with the rally.

Watch above via Newsmax.