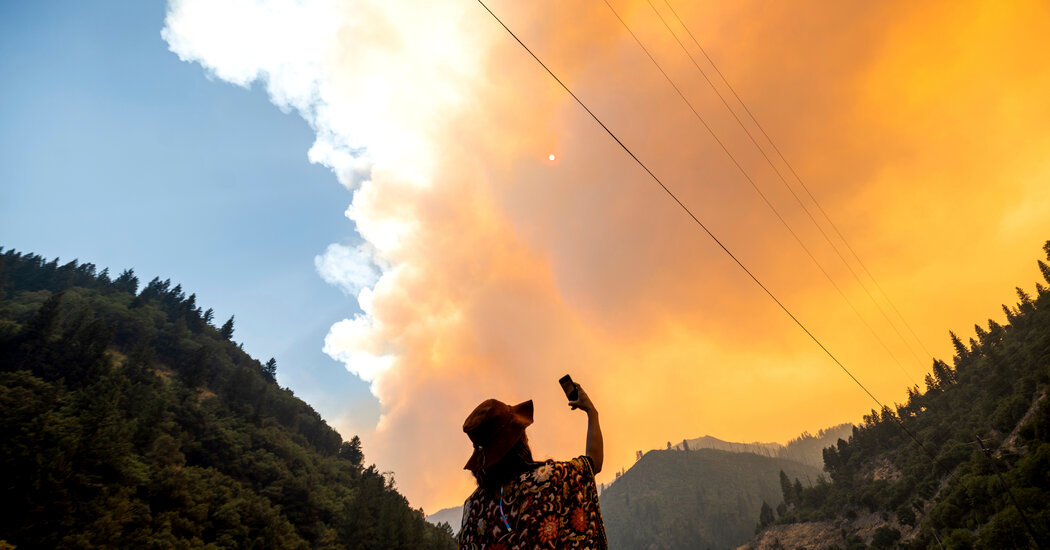 Pacific Gas and Electric, California’s largest utility, said on Sunday that blown fuses on one of its utility poles may have sparked a fire that has burned through 30,000 acres in Northern California.

The blaze, known as the Dixie Fire, has spread through remote wilderness about 100 miles north of Sacramento, in an area close to the burn scars of 2018’s devastating Camp Fire, which itself was caused by PG&E equipment failures.

The utility made the disclosure in a preliminary report filed with the California Public Utilities Commission. Matt Nauman, a PG&E spokesman, said that the report was submitted “in an abundance of caution,” and that the utility was cooperating with a state investigation into the fire’s origin.

PG&E has been linked to some of California’s most destructive and deadliest wildfires. It pleaded guilty last year to 84 counts of involuntary manslaughter in connection with the Camp Fire, which destroyed the town of Paradise.

In June, the utility reached a $12 million settlement with two Northern California counties after last year’s Zogg Fire was determined to have been caused by a pine tree contacting PG&E transmission lines. The 56,000-acre fire killed four people and destroyed more than 200 buildings.

PG&E also faces criminal charges for its role in igniting a 2019 wildfire that burned 120 square miles in Sonoma County, north of San Francisco. That blaze, called the Kincade Fire, damaged or destroyed more than 400 buildings and seriously injured six firefighters.

The utility emerged from bankruptcy last summer, placing $5.4 billion in cash and 22.19 percent of its stock into a trust for victims of wildfires caused by the utility’s equipment.

In its report on the possible ignition point of the Dixie Fire, PG&E said that early last Tuesday morning, a utility worker spotted what he thought were blown fuses atop a utility pole in a remote area. The worker could not immediately reach the pole, it said, “due to the challenging terrain and road work resulting in a bridge closure.”

When he finally got there, about 10 hours later, he noticed that a fire had started near the base of a tree.

As of Monday, the Dixie Fire was 15 percent contained, according to the state’s fire agency, Cal Fire, and evacuation orders were in place for parts of Plumas and Butte Counties, state officials said. Lynne Tolmachoff, a Cal Fire spokeswoman, said Monday that a full investigation of the fire’s causes would take six months to one year.