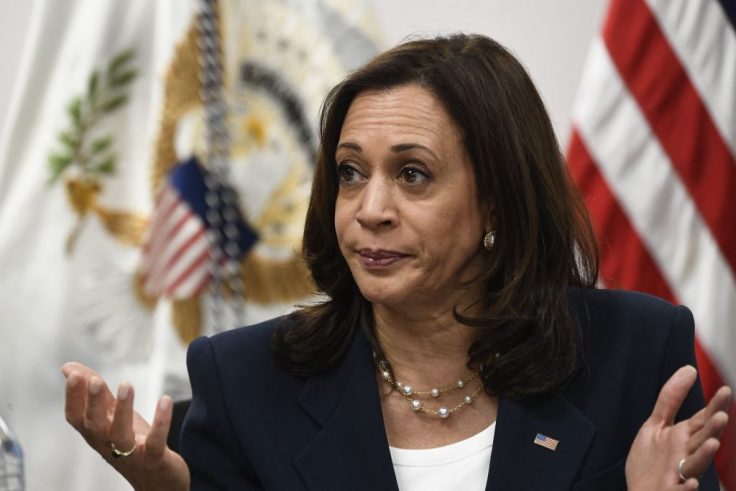 A majority of Americans are not confident that Vice President Kamala Harris is ready to be president, according to a national poll of likely voters.

The poll, conducted this month by the Trafalgar Group, found 64 percent of Americans lack confidence in Harris’s readiness to replace President Joe Biden based on her performance as vice president thus far. Fifty-nine percent of Americans are not confident at all about Harris’s readiness. The nationwide poll captured more than a thousand voters’ opinions with a 3 percent margin of error.

The majority of Democratic respondents still viewed the vice president favorably, but it was closely split. Fifty-two percent were confident in Harris, and 43 percent lacked confidence.

Polls conducted during the Trump administration showed greater public confidence in then-vice president Mike Pence. A Rasmussen poll from April 2017, during Pence’s first year in office, showed 63 percent of likely voters, and 40 percent of Democrats, thought Pence was “qualified to assume the responsibilities of the presidency.”

Harris’s tenure as vice president has been marked by controversy, as reports have cast doubt on her leadership. A June Politico report detailed allegations that Harris runs an “abusive” office where people “often feel mistreated.” “It’s not a place where people feel supported but a place where people feel treated like s—t,” said one person with knowledge of how the office is run. And Harris’s performance as Biden’s border czar has been widely panned. She waited three months after being tasked with the immigration crisis before visiting the southern border, even as historic numbers of illegal immigrants crossed over it. The Biden administration this month warned border agents to prepare to process an imminent flood of migrant families and asylum claims.

Harris’s readiness to take on the presidency is relevant to the upcoming 2024 presidential election. Biden, 78, has not committed to seeking a second term. He has said his “plan is to run for reelection,” but Politico reported in 2019 that he signaled to aides he planned to serve only one term.