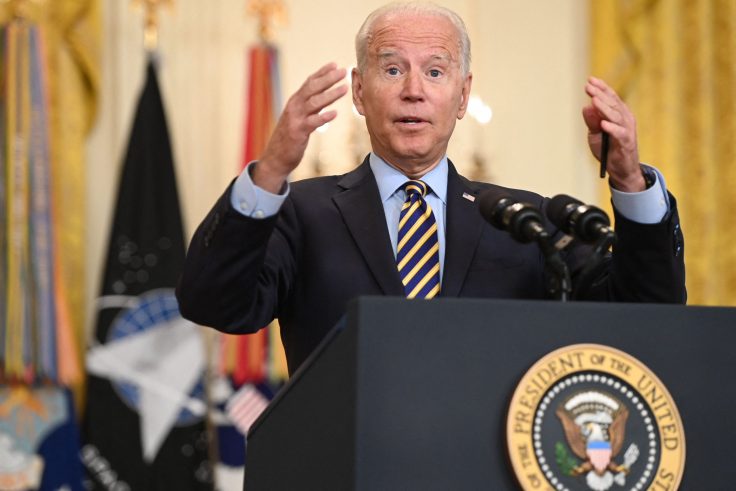 Even as it negotiates a new nuclear deal with Iran, the Biden administration is rallying behind Iranian protesters who have clashed with the hardline government’s security forces in recent days.

A State Department spokesman told the Washington Free Beacon on Wednesday that officials are “closely following the reports of protests in Iran’s Khuzestan province, including reports that security forces have fired on protesters.” The Biden administration supports “the rights of Iranians to peacefully assemble and express themselves, which they should enjoy without fear of violence and arbitrary detention by security forces,” the spokesman said. Members of Congress have also condemned the Iranian government for reacting with violence.

The protests are creating a delicate diplomatic situation for the Biden administration, which has sought to back the Iranian people while negotiating a new nuclear deal with the regime that will only strengthen its power. If U.S. sanctions on Iran are lifted as part of a deal, it is likely the government will use this money to boost its regional terrorism enterprise, just as it did when the Obama administration granted across the board sanctions relief. Four years of the Trump administration’s “maximum pressure” campaign nearly bankrupted the Iranian government and created the very conditions protesters are rebelling against.

The protests began a week ago in response to water shortages in southwest Iran. The demonstrations spread on Wednesday to Tehran, where anti-regime activists were seen, in videos posted to social media, condemning the government and chanting, “Death to the Islamic Republic.” Iran’s security forces reacted with violence as they dispersed protesters.

Protests have raged across Iran in recent months, as its economy teeters on the brink of collapse. Many blame the country’s economic woes on the hardline government, as it invests in regional terror groups and foreign wars. Iran’s state-controlled news outlets have attempted to bury information about the protests, but social media posts during the past few days have begun to catch the eye of U.S. officials.

Sen. Marco Rubio (R., Fla.), a member of the Senate Foreign Relations Committee, said the Iranian people are demanding “freedom from the regime in Tehran” and that he condemns “the regime’s brutal use of force to disperse peaceful protesters.”

“The U.S. should stand in support of the protesters instead of negotiating a deal with the evil regime in Tehran,” Rubio said in an English and Farsi language statement posted to Twitter.

Rep. Claudia Tenney (R., N.Y.), a member of the House Foreign Affairs Committee, said Iranians are fed up with the government’s clerical leadership. The protests pose a pressing problem for newly installed Iranian president Ebrahim Raisi, a hardliner who is close to Supreme Leader Ali Khamenei.

“Like the Cuban people, the Iranian people want to be free and are demanding their basic rights,” Tenney said. “The clerical regime in Tehran does not represent the history, dynamism, or future of the great Iranian people.”

Rep. Nicole Malliotakis (R., N.Y.), also a Foreign Affairs Committee member, said the demonstrations are exposing “how totalitarian [governments] suppress” their people. “We must stand in support of their push for freedom and against Iran’s evil regime,” she said.