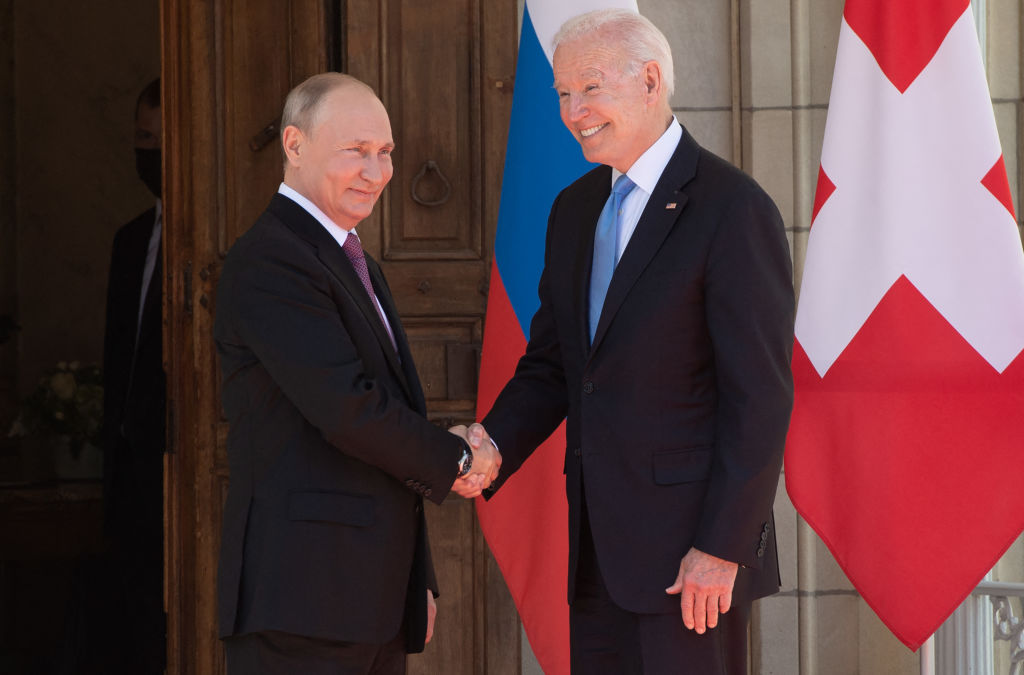 The United States and Germany struck an agreement that will allow the completion of the pipeline, which will transport gas directly from Russia to Germany. Details of the deal could be released as early as Wednesday, according to the Journal. The Trump administration vigorously opposed the project, and Congress passed laws in 2019 and 2020 that required sanctions against companies helping to build the 764-mile pipeline. But the Biden administration waived the sanctions in May, effectively allowing the pipeline to be completed.

Biden has said that while he opposes completion of the pipeline because it will help Russia, he does not want to disrupt relations with Germany by imposing sanctions against it. The Ukrainian government opposes the pipeline, saying that it will give Russia more power over Ukraine and Eastern Europe.

Lawmakers on both sides of the aisle slammed the pending agreement between the United States and Germany. Sen. Rob Portman (R., Ohio) said Biden is making a “major mistake” by allowing the deal to go through. In a speech on Tuesday, Rep. Marcy Kaptur (D., Ohio) said that “when Germany and Russia collude, the people of Central and Eastern Europe pay the price.”

The administration’s agreement to allow the pipeline to go through seemingly undercuts claims by Biden and Democrats to support Ukraine. Democrats impeached former president Trump over allegations that he withheld military equipment from Ukraine in exchange for political help from Ukrainian president Volodymyr Zelensky. Democrats said that Ukraine needed the arsenal in order to defend itself from Russia’s military aggression on Ukraine’s eastern border.

The administration has pressured Ukrainian officials not to speak out against the U.S.-Germany deal on the pipeline, Politico reported on Tuesday.

According to the Journal, the United States and Germany will invest $50 million in renewable energy projects in Ukraine. The two countries will also strive to ensure that Ukraine receives $3 billion in annual transfer fees that it would otherwise lose because of the Nord Stream 2 project.

Companies invested in the pipeline have waged a years-long campaign lobbying Congress and the State Department. Richard Burt and Frances Burwell, two officials at the influential Atlantic Council, have received more than $3 million to lobby on behalf of five European companies invested in the pipeline. The Swiss-based company building the pipeline, Nord Stream 2 AG, has paid BGR Group and Roberti Global millions of dollars to lobby for the pipeline. Nord Stream 2 AG is owned by Gazprom, the Russia state-controlled gas giant.