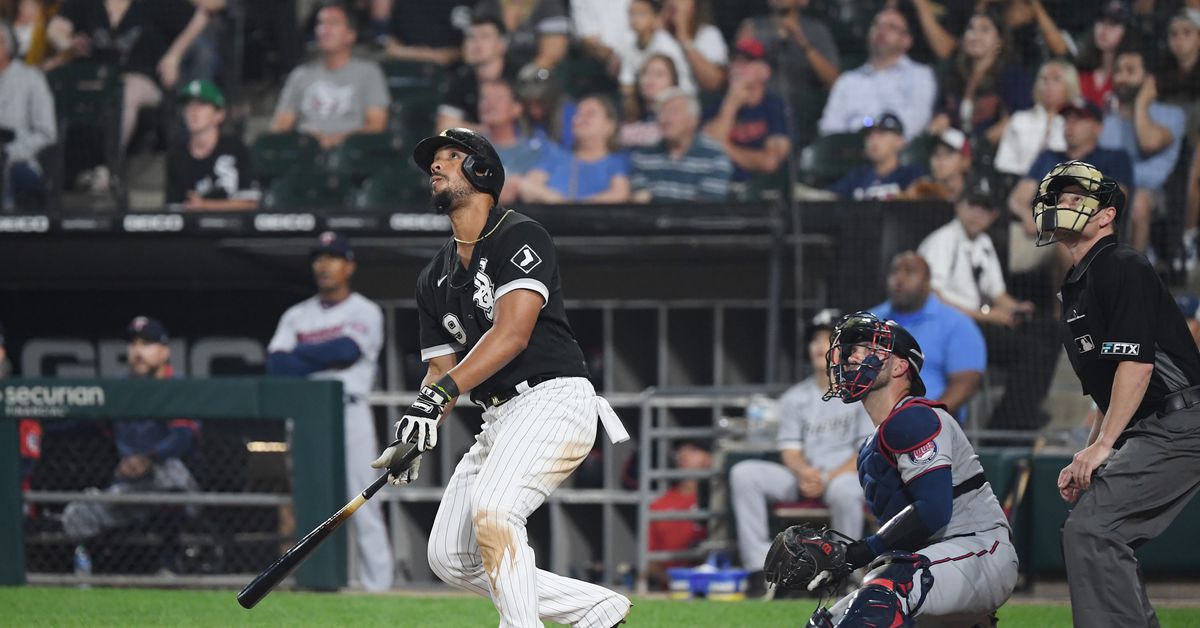 After White Sox reliever Ryan Burr gave up a one-run lead in the eighth inning, 17,703 stoked-up fans at Guaranteed Rate Field were glad they stuck around to see a five-run bottom of the inning, just like the crowd that stayed to see Gavin Sheets’ walk-off homer the night before were glad they stayed.

No one should leave a Sox game early these days. They’re the best show in town, with different stars every night.

“I was just like, “Calm down and just get a nice little base hit,’ “ said Hamilton, a fleet veteran outfielder signed as a minor league free agent who has become a fan favorite. “That whole inning, the guys never gave up. One thing about this team, you get a chance, we go down, and guys are like ‘OK. It’s OK. We’ll come back in the eighth inning and get a chance to win the game.’ We did that. I love it.”

“You could feel the energy, feel the crowd,” Vaughn said. “Everyone in the dugout was pumped up. Soon as Pito [Abreu] hit that ball, that was the icing on the cake right there.”

Abreu hit his 18th homer, connecting off Hansel Robles (3-5) after the Twins took the lead on a homer by Jorge Polanco off Burr. Vaughn had a pinch-hit single against Jorge Alcala that scored Adam Engel, making an elusive slide, to make it 5-5. Hamilton, who had entered in the seventh as a pinch-runner, ripped a single to left before Abreu added a homer to a night of work that also included a his 250th career double, a triple and three runs scored.

Abreu, who has 75 RBI this season, is heating up hitting safely in eight of his last nine games, batting .364/.475/.848 with five doubles, three home runs and 12 RBI. Yoan Moncada homered for the third time in four games.

The crowd roared when Vaughn, who pinch hit for catcher Seby Zavala, emerged from the dugout.

“I definitely felt it,” Vaughn said. “It was one of those you could hear, but also kind of shakes you a little bit because it’s so loud. It was a dang cool feeling.”

Sensing a run to the postseason, and back at the ballpark after a year away due to the pandemic, fans have made themselves felt in gatherings of 30,000 plus like the park held over the weekend against the Astros, and under 20,000 for the first two days of the Twins series. It’s been jumping that all season.

Hamilton said he’s having the most fun of his career. The fans give him “this shock through my body,” he said.

“These South Side fans, it’s great,” Hamilton said. “They keep me going. Sometimes I’m not even in the game and they are hollering “Bil-ly.” I’m just like “Focus on the team.” But it’s a great feeling to be a part of, especially when you know the team has your back even if you are not doing as well as everyone expects you to do. It’s unbelievable.”

“That had a special feel from the get-go,” said left-hander Dallas Keuchel, who allowed two runs over five innings. “I feel like ever since that first Friday game back [after the All-Star break], it’s kind of been more electric, and that’s what we want. We’re going to keep playing well, and hopefully we can get some more rowdy fans like that.”