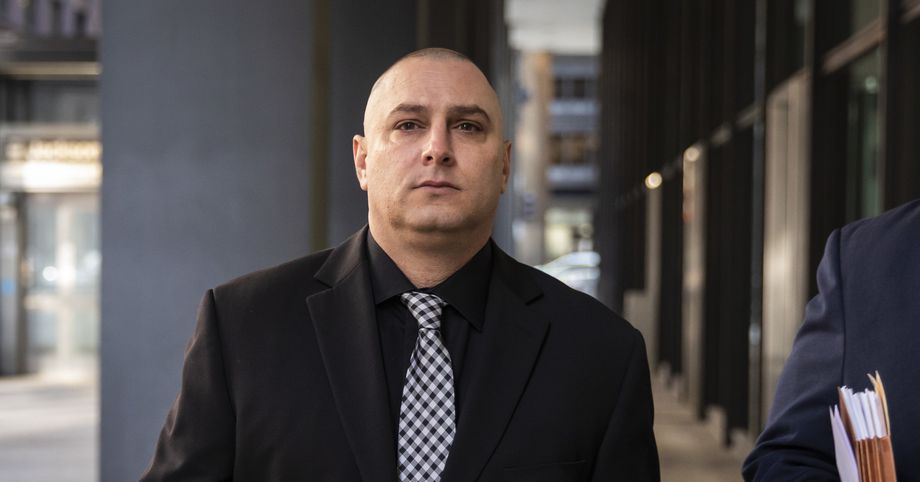 A federal judge on Thursday sentenced a veteran Chicago police officer to 15 months in prison for his role in a large-scale, international gambling ring.

But she also ordered Stella into Chicago’s federal lockup six months ago, after prosecutors said Stella “violently assaulted his girlfriend” last January at the Crowne Plaza hotel in Rosemont.

Kendall cited that incident when she handed down Stella’s sentence Thursday, telling him “there can be no tolerance for that in our society.”

The judge also said Stella’s status as a police officer is “so troubling.” Seeing an officer act as though he is above the law brings suspicion to “all of the really good officers out there who are trying to do their jobs — and they are trying so hard, with integrity and good character,” Kendall said.

Before Kendall sentenced him, Stella acknowledged he was “100% guilty” and said he’d “never, or would ever, use my police powers or resources to aid in any crime, let alone gambling.”

Prosecutors have described the operation led by Vincent DelGiuduice from 2016 until 2019 as “an absolutely massive, long-term, very profitable” international Chicago-based gambling ring, and the judge has said the “absolute breadth of this case was remarkable.”

The feds have tied the DelGiudice gambling ring to the mob-connected gambling ring once run by bookie Gregory Paloian of Elmwood Park.

Prosecutors asked the judge to sentence Stella to between a year and 18 months in prison, accusing Stella of betraying his oath as a Chicago police officer “by playing an integral role in a multimillion-dollar illegal gambling operation.” They said it employed “overseas co-conspirators, encrypted communications tools, and engaged in significant money laundering” in an effort to avoid detection.

They said Stella worked as a bookie, and they said his gamblers generated more than $450,000 in profits in 2018. The feds also estimated that Stella likely oversaw bettors who wagered tens of millions of dollars.

They have said Stella destroyed his phone when investigators sought to search it but have not said how. Stella’s defense attorney Michael Clancy told the judge Thursday that Stella threw the phone away but “actually went back to the Dumpster and tried to find the phone” before speaking to the feds and admitting his role in the gambling ring.

Clancy also insisted in a court memo that Stella and those connected to him accounted for only up to 3% of the gambling operation’s business. He said Stella spent 20 years as a Chicago police officer, receiving two department commendations and 40 honorable mentions. Clancy said Stella has not carried a weapon since 2011 because of an injury.

A CPD spokesperson said his status with the department is inactive.

“[Stella] was a gambling junkie who started working for Vincent [DelGiudice] to support his gambling addiction,” Clancy wrote. “Stella gambled away all of the money he made as a bookie. … Stella lost on video gaming and sports gambling. Stella did not own a house, drive an expensive car, or live lavishly. Rather, he put every cent he made from booking (and then some) right back into the coffers of the operation.”