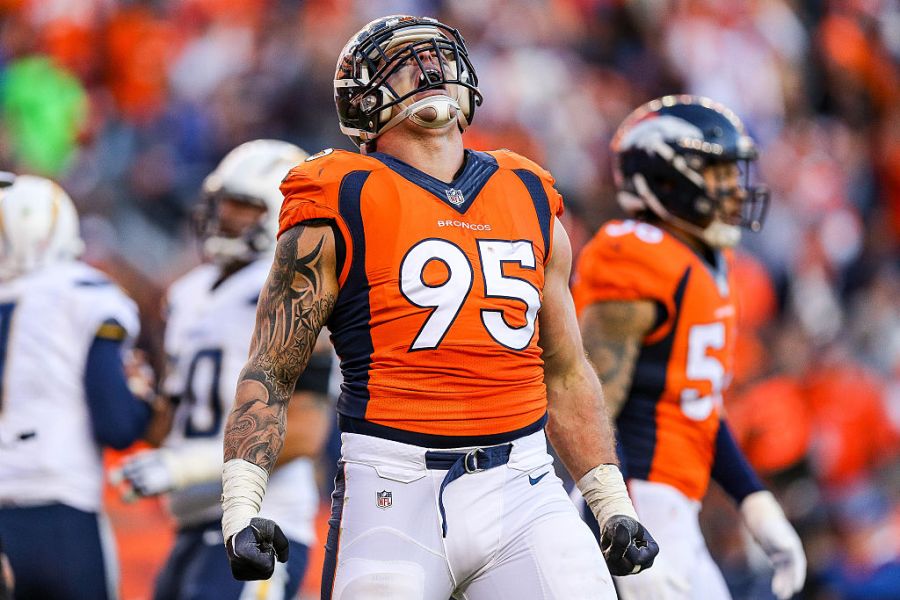 “After 10 seasons in the NFL, I’ve decided it’s time to step away from the game. Time for a new beginning,” Wolf shared on Twitter. The gratitude I feel for the organization as a whole and the city itself, the love that they showed me from day one, it’s just been incredible.

Wolfe played from the Broncos for eight seasons. He was drafted by the Broncos in 2012 with the 36th-overall selection. He was also a crucial member of the Broncos Super Bowl 50 team.

“And even after I left, after eight years I was with them, with the Broncos, and then I went to the Ravens for two years, during those two years I still got a ton of support and love from this city — and the whole state, really, and anyone that’s a fan of the Broncos became a Derek Wolfe fan,” Wolfe shared.

The Broncos said Wolfe totaled 33 career sacks during his career in Denver to go with 299 tackles, 46 tackles for loss and 77 quarterback hits.

29 mins ago
Generated by Feedzy