WASHINGTON (NEXSTAR) – Student loan forgiveness is stirring up intense debate. Critics say the Biden administration isn’t allowed to do what it’s promising and have threatened lawsuits.

President Joe Biden’s announcement about student loans last week came with a lot of questions. One of them was whether the plan is legally sound.

The Biden administration says the 2003 Heroes Act gives the Secretary of Education the power to cancel student debt during a national emergency. They argue the pandemic is just that.

“Congress gave the Secretary of Education in the HEROES Act the authority to do this,” White House Policy Advisor Susan Rice said.

Legal challenges to the plan are still expected.

“It’s going to be up to the courts to decide whether those are valid claims or not. But we believe that we’re on very strong legal ground,” White House Economic Advisor Bharat Ramamurti said.

Those legal threats have some concerned the debt relief could be delayed by lawsuits.

Alan Morrison, an associate dean at George Washington Law School, says he doesn’t think borrowers should be too worried about that.

While Morrison says there are legitimate legal questions about whether the Biden Administration has the authority to carry out their plan, there are also practical considerations.

“The real question is whether anybody can go to court and challenge it,” Morrison said.

He says past precedent makes it unlikely that anyone would have the required legal standing.

“The Supreme Court has traditionally been very willing to say no, this is one of those things that you have to work out in the political area,” Morrison said.

Beyond that, he argues once the loans are forgiven, most courts would be hesitant to undo it.

“I wouldn’t be too worried about you losing that, once you get that piece of paper in your hand,” Morrison said.

So what’s his advice to borrowers who qualify for the relief?

“I wouldn’t think about the legal questions, I would think about what you’re going to do with the money,” Morrison said. 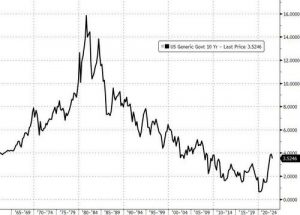