Robert Garner, better known as Rescue Rob, has been a firefighter for 17 years. But he’s been a Denver Broncos fan his entire life.

“It’s easy to root for the Broncos and even when they’re down, I’ll be there,” he said.

Rescue Rob came to life when his wife gave him a Broncos fire helmet for Christmas one year.

“She had spent hours making it perfect, designing it and today it’s still the best gift anyone’s ever given me,” said Rescue Rob.

Soon after, his friend made him leather Broncos suspenders to complete the look.

But his Rescue Rob persona leveled up in 2014 when he bought a fire truck for sale on the side of the road in South Dakota.

“We test drove it and drove it home in 100 degree weather,” he said.

“I drive it in and once I get in the parking lot I turn the lights and siren on and let everyone know Broncos Country Engine 7 is here and ready to rock,” he said.

“We try to watch the game,” he said. “If those tones go off, we leave and we go take care of our business, We take care of the community and get back and see what we missed.”

It’s a balance that keeps him dedicated to his community and his favorite football team.

“Broncos Country as long as you keep loving the Broncos, you don’t stop, you don’t boo them in the stands. Then in my eyes you’re a super fan,” said Rescue Rob. 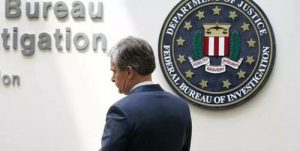