Several former advisers to Hillary Clinton expressed support for the former Secretary of State’s recent announcement that she will not run for president again, with one suggesting that she would not be a viable candidate due to her low approval rating with voters.

During an appearance on CBS Evening News earlier this week, Clinton told anchor Norah O’Donnell that she will not run for president again following her two failed bids in 2008 and 2016.

“Would you ever run for president again?” O’Donnell asked.

“No, no,” Clinton responded. “But I’m gonna do everything I can to make sure that we have a president who respects our democracy and the rule of law and upholds our institutions.”

Mark Penn, who served as a chief strategist on Hillary Clinton’s 2000 Senate campaign and 2008 presidential campaign, suggested that Clinton is not in a position to seek the presidency due to her standing with voters.

“Her numbers are not such that running for president would be productive, so she’s unlikely to be a serious candidate and is [polling] 5 points lower than Trump,” said Penn, who also served as chief strategist on Bill Clinton’s 1996 presidential campaign.

Asked about his reaction to Clinton’s claim that she would not run for president again, Penn said, “Both Bill Clinton and Barack Obama said they wouldn’t run for President before they did.”

Tom Baer, a Democratic strategist who supported Clinton’s bid for the White House in 2016, said he is in agreement with Clinton’s decision and declared that her political aspirations are over.

“I agree with her,” Baer said of Clinton’s decision. “It would have been great if she had been elected, but she wasn’t.”

Jehmu Green, a former Clinton surrogate, and Fox News contributor, suggested that Clinton’s time is better spent outside of politics where she can better focus on “the world’s most pressing challenges.”

“I believe her,” Green said. “Hillary Clinton appears to be having the time of her life. These days she’s more likely to be hanging with Kardashians, not campaigning. From rocking fashion forward caftans on red carpets to owning the stage on The View this morning, on the eve of her Netflix premiere, planning another presidential campaign is highly unlikely.”

“The return of the Clinton Global Initiative community will create new opportunities for collaboration and coordination on the world’s most pressing challenges that people are craving,” Green added.

There has been growing political chatter over whether Clinton, who continues to be outspoken on current events and is now promoting her new “Gutsy” docuseries on Apple TV+, would seek a third White House bid as Democrats continue mulling if President Biden should seek re-election in 2024.

During the interview that aired this week, O’Donnell pressed Clinton on whether she would enter the race if former President Donald Trump decided to seek another term in the White House.

“He should be soundly defeated,” Clinton said. “It should start in the Republican Party – grow a backbone! Stand up to this guy! And heaven forbid if he gets the nomination, he needs to be defeated roundly and sent back to Mar-a-Lago.”

Fox News’ Joseph A. Wulfsohn contributed to this article.

My baby swallowed a water bead and needed 5 surgeries. I hope other parents will stop buying the beads. 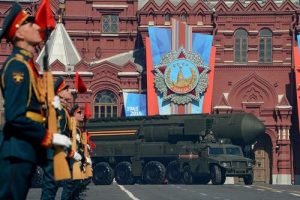