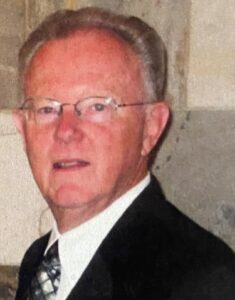 A Private Family Interment will be held at the Immanuel Cemetery, Bertrand, Nebraska.

John Roy Burgeson, 82 years of age, met our Lord Jesus on July 26, 2022.  John was born on November 24, 1939 in Holdrege, Nebraska, and baptized on April 6, 1947.  He was confirmed in the faith on April 11, 1954, and attended public schools in Holdrege and met and married his wife, Karen, whom he was lovingly married to for over 60 years. He earned a Bachelor’s Degree in Civil Engineering from University of Nebraska – Lincoln, along with a Masters of Sanitary Engineering from University of California – Berkeley, a Masters of Fishery Science from Colorado State University, and a Masters of Business Administration from Regis University.

He worked as a Civil/Sanitary Engineer for over 50 years and never truly retired, as he consulted with Colorado city planners up until his passing. He volunteered as a coach for Little League Baseball and helped with his neighborhood’s HOA pond committee.

John loved spending time with both family and friends, and was actively involved with his church, volunteering as a Sunday School teacher, usher, and greeter. Above all, he was a man of absolute devoted faith in Jesus Christ. He was a rock of faith for his entire family, and he was truly a model of the theology which he professed: he loved without condition and served both the Lord and others wholeheartedly (Matthew 25:23).

He was preceded in death by his father and mother: Roy and Mary Ann Burgeson; father-in-law and mother-in-law: Kenneth and Cornelia Vaughn; two sisters: Karen Henry; and Mary Lou Payton; and one sister-in-law: Joy Bennett.

A memorial has been established in John’s honor, and kindly suggested to the family.

The Nelson-Bauer Funeral Home in Holdrege and the Bohlender Funeral Chapel in Fort Collins, Colorado are in charge of the arrangements.

33 mins ago
Generated by Feedzy