WARNING: SOME LANGUAGE BELOW MAY NOT BE SUITABLE FOR CHILDREN

A House GOP candidate listed herself as executive director of a commercial real estate company that leases property to two massage parlors in the Las Vegas area which appear on a website promoting illicit sexual services, according to documents reviewed by Fox News Digital.

April Becker, the Republican nominee to represent Nevada’s Third Congressional District in the House, is listed on documents filed with the Federal Election Commission (FEC) in June 2022 as the executive director of Becker Enterprises, a property management and development company founded by her husband’s family that operates several local shopping centers.

One of the properties, which is listed by Becker Enterprises as commercial real estate on its website, is the Spring Valley Market Place, located on South Rainbow Boulevard. A longtime tenant there is the Healing Lifestyles Massage Center, which is featured on RubMaps — a subscription website where users can publish unverified ratings and reviews for massage parlors, particularly those that allegedly offer sexual services on-site.

Labeled as “Healing Lifestyle” on the RubMaps website, a listing on the site shares the same address as the Healing Lifestyles Massage Center located on the property owned by Becker Enterprises. As of September 2022, the business had 29 reviews on RubMaps from at least 20 distinct users, several of which show premium status in their profile image. The reviews range from March 2013 to June 2022.

Some users from the site claimed in their reviews of the business to have received sexual favors at the massage center, while several reviewers claimed they were disappointed by non-sexual encounters.

In a series of reviews from beginning in March 2014, a RubMaps user claimed to have received manual and oral sex from an alleged employee at the massage center on Becker Enterprises’ property.

The reviews made graphic descriptions of the user’s alleged experience, including what the massage center employee looked like and descriptions of her body and clothing, and detailed the progression from standard massage to illicit services. The user reported that he said “massage that?” and the employee proceeded to touch his crotch, then allowed him to grope her under her dress before performing oral sex on him through plastic wrap — as opposed to a condom — for an additional fee.

The same user reported through the website four visits in May 2014 with another alleged employee at the business, during which the user claimed to have received similar sexual services, as well as “covered full service,” a term known throughout the website as sex with a condom.

Other users reported in two separate reviews from June of this year that they received manual sex at the business from two alleged employees, rather than full service as the other reviewer had written of eight years prior.

In a September 2019 review, one site user wrote that they expected “a full service kinda deal,” but claimed to have only received manual sex during a visit.

The property where Healing Lifestyle Massage Center is located is owned by Becker Enterprises subsidiary Spring Valley Market Place, and since the late 1990s the location has been owned by Becker Properties or others associated with the Becker family, according to Clark County, Nevada, real estate records.

Online permit records show that the Healing Lifestyles Massage Center, which remains at the same location, has been a tenant at the property since at least November 2005.

As of September 2022, the listing for the business on RubMaps has multiple reviews, including some from premium users. The reviews all took place in 2021.

Multiple users of the website claim to have received sexual favors from alleged employees at the massage center.

Another RubMaps listing a business at the same location called “Asian Massage Spa” is also listed on the website, and includes reviews from users who expressed potential astroturfing by a new owner, which may have taken place in recent months.

Online permit records show that Asian Massage has been a tenant at the Sahara Decatur Specialty location, which is now leased by Becker Enterprises, since at least January 2002.

In a comment to Fox News Digital, Becker’s campaign manager, Jeremy Hughes, insisted that Becker serves only as an attorney for Becker Enterprises and has no role in day-to-day operations with the business.

In June 2022 documents filed with the FEC, Becker is listed as the executive director for Becker Enterprises, though a May 2022 financial disclosure showed Becker only has a more-than-$1 million interest in the company through her husband.

Asked whether Becker held any previous roles with Becker Enterprises, Hughes said, “Just attorney” and insisted that her being labeled as executive director on FEC filings was an “error.”

“Our compliance team made an error and it will be corrected,” Hughes said of Becker being listed as executive director on the June FEC filings.

Last year, a Fox News report revealed that Wisconsin Rep. Ron Kind, a Democrat, made thousands of dollars by renting a property to a massage parlor that advertised on similar websites that listed spas where people can pay for sex, including RubMaps. USA Today has described RubMaps as a “Yelp for sex spas.”

Becker will face off in the November election against incumbent Democratic Rep. Susie Lee to represent Nevada’s 3rd District in the House. 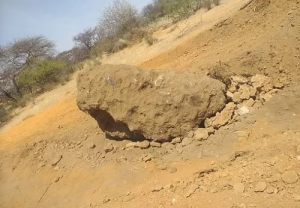