House Minority Leader Kevin McCarthy on Thursday released details of his “Commitment to America” agenda, including policies to combat inflation, illegal immigration and only allowing women to participate in women’s sports.

McCarthy, R-Calif., has teased the agenda for months as pledge that can help them take back the House majority and a blueprint for governing in 2023. The agenda includes a slate of general policy recommendations in four broad categories: “An Economy That’s Strong;” “A Nation That’s Safe;” “A Future That’s Built on Freedom;” and “A Government That’s Accountable.”

The agenda follows the playbook of the “Contract With America” that helped former House Speaker Newt Gingrich, R-Ga., win a GOP majority in the 1990s. Gingrich will attend a meeting Thursday with Republicans as they roll out the agenda.

“[O]ver the over the past two years, Democrats in Washington have led America off-track,” the preamble to McCarthy’s document reads. “They created crisis after crisis: from crippling inflation and rampant crime, to failing schools, border chaos, and disrespect for our nation across the globe.”

“The Commitment to America represents a new direction and better approach that will get our nation back on track,” it adds.

On inflation, the agenda said Republicans will “Curb wasteful government spending that is raising the price of groceries, gas, cars, and housing, and growing our national debt.”

On safety, it says the GOP will fund border security, fund police, “crack down” on leftist prosecutors and establish a “Select Committee on China.”

Republicans familiar with the plan say it’s the culmination of more than a year of work, starting with the GOP-only “China Task Force.” McCarthy liked that model and stood up several other task forces earlier this year, including on the economy, tech, health, energy and more.

Some policies Republicans are recommending in the “Commitment to America” are more specific, the Republicans familiar with the plan said. Among them is a Parents’ Bill of Rights. Others are more general, including holding progressive prosecutors accountable.

The Republicans familiar with the plan also noted the “Commitment to America” is the first GOP midterm agenda published in multiple languages, Spanish and English.

Democrats on Friday already started their attacks on McCarthy’s plan and called it an “extreme MAGA agenda.”

“House Republicans are doubling down on an extreme MAGA agenda: to criminalize women’s health care, to slash seniors’ Medicare (including with the repeal of the lower drug prices for seniors in the Inflation Reduction Act), and to attack our democracy,” according to a press release from House Speaker Nancy Pelosi, D-Calif.

McCarthy will be in Pittsburgh on Friday with other members to officially roll out the “Commitment to America.”

The agenda comes at a critical time in the midterms. Republicans have held an advantage because of the shaky economy and President Biden’s low approval ratings. But Democrats have claimed some new momentum after Roe v. Wade was overturned by the Supreme Court and mounting legal troubles for former President Donald Trump. 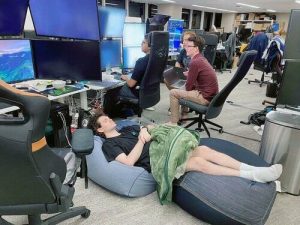 FTX Post Mortem Part 2 Of 3: How Did We Get Here? : by Tyler Durden