Senate candidate John Fetterman, D-Pa., once said he would be proud to lead the so-called green transition away from reliance on fossil fuels.

Fetterman remarked that he wanted to ensure green sources of energy represent the majority of power generation in Pennsylvania by the end of his lifetime, during a “meet and greet” with fellow state lieutenant governor candidates in 2018. He added that climate change is an existential threat to humanity.

“We as a country, we as an economy, we as a commonwealth have to acknowledge this fact that climate change is an existential threat to our existence here on this planet,” he said during the event. “We can’t be arguing whether or not it’s snowing in April and climate change isn’t real.”

“We have to get with this idea that most of our energy has to, hopefully within the tail end of my lifetime, be coming from green and renewable sources in our economy,” he continued. “To the extent that the state can affect that — that’s really the prime driver as far as I’m concerned. So, I would be proud to be at the tip of that spear.”

JOHN FETTERMAN ONCE SIGNED PLEDGE TO BAN FRACKING, WHICH SUPPORTS TENS OF THOUSANDS OF PA JOBS

Fetterman, who eventually won the race for lieutenant governor, then boasted that the Obama administration selected him as the “face of the campaign” to pass federal legislation introducing a cap and trade system and “reduce the carbon output across the country.”

He noted that, as part of the effort, he worked with the Sierra Club and Environmental Defense Fund, two green groups that have argued in favor of immediate bans on new oil and gas drilling on federal lands and waters.

“We as a country have to treat climate change as a real existential threat,” Fetterman said. “The best way we can address that is migrating towards a green energy economy and green energy production here.”

However, Fetterman campaign spokesperson Joe Calvello said Fetterman aims to preserve the union jobs in the fossil fuel industry and has switched his position on fracking.

PENNSYLVANIA CANNOT ALLOW FETTERMAN TO ‘CAMPAIGN OUT OF A BASEMENT’ LIKE BIDEN, LARA TRUMP SAYS

“John believes that we have to preserve the union way of life for the thousands of workers currently employed or supported by the fossil fuel industry in Pennsylvania and the communities where they live,” Calvello told Fox News Digital in an email. “We can’t just abandon these people, and tell them to go learn how to code.”

“John does not support a fracking moratorium or ban. In fact, throughout his career John has stood up to politicians to fight for U.S. Steel’s right to build fracking wells,” he continued. “John, unlike Dr. Oz has actually worked hand in hand with workers in the natural gas industry in Pennsylvania, John knows what they need and how to support them now and in the future. He has their back.”

Fetterman is currently running against Republican Mehmet Oz, a doctor and former talk show host, for the seat held by Sen. Pat Toomey, R-Pa., who is retiring.

“Unlike Dr. Oz, John actually has real support from workers across Pennsylvania; John is proud to be endorsed by the United Steelworkers Union and AFL-CIO, who represents oil and gas workers across the commonwealth,” Calvello added.

Pennsylvania produces the second-most natural gas in the U.S. and its fossil fuel industry employs about 50,547 workers, federal and state data showed. 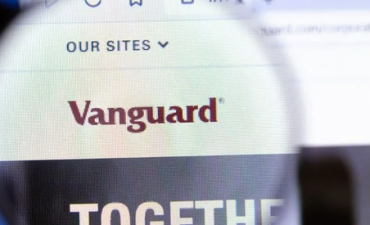 Vanguard To Liquidate And Shutter A U.S. Listed ETF For The First Time In Its History : by Tyler Durden 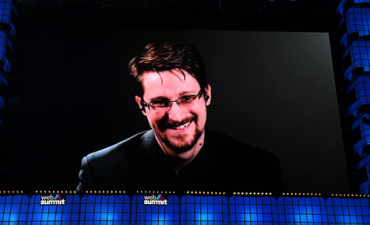 Taibbi: The Washington Post Dabbles In Orwell : by Tyler Durden

Vanguard To Liquidate And Shutter A U.S. Listed ETF For The First Time In Its History : by Tyler Durden

Taibbi: The Washington Post Dabbles In Orwell : by Tyler Durden