Most registered voters no longer have traditional television subscriptions, prompting a need for campaigns to increasingly shift advertising to streaming, according to a new Samba TV-HarrisX survey.

The poll found that only 49 percent of registered voters nationwide have traditional TV subscriptions, and the figure falls to 39 percent in 10 key battleground states.

But more than 80 percent of registered voters nationally and in key battleground states indicated they stream television.

“The story this election season is the same whether you are looking nationally or at the key battleground states. Voters have left traditional linear television in droves,” Ashwin Navin, co-founder and CEO of Samba TV, said in a statement.

“Only 39 percent of independent swing voters in battleground states have traditional TV,” Navin continued. “With so many elections now being determined by the slimmest of margins, campaigns need to dramatically rethink how they reach voters in the closing weeks to ensure they are not just saturating the same shrinking number of households with ads while leaving the vast majority of the electorate under-reached.”

The poll also suggested the gap between streaming and traditional television plans will continue to grow following the midterms.

One in four respondents who said they still have a traditional subscription indicated they plan to cancel in the next six months.

The poll found millennials and Gen Z voters were more than twice as likely to stream than having a traditional linear television subscription. The gap only grew when polling those younger voters in battleground states.

“The data points very clearly that the future king of political ad spending will be streaming. Voter eyeballs are more likely to be present there by a factor of almost two to one,” said Dritan Nesho, founder and CEO of HarrisX.

The pollsters also looked at respondents’ social media use, finding that Facebook remains the most used platform nationally by registered voters, although Gen Z voters are staying away from the platform in larger proportions and moving to TikTok and YouTube.

Thirty-seven percent of Democratic voters indicated they use TikTok weekly, compared to 27 percent of Republicans.

The poll was conducted from Aug. 29 to Sept. 1 among 2,300 registered voters nationwide. The margin of error is plus or minus 2 percentage points. 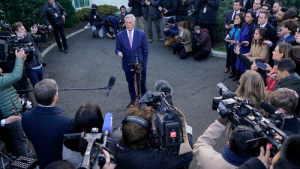 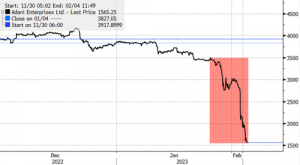 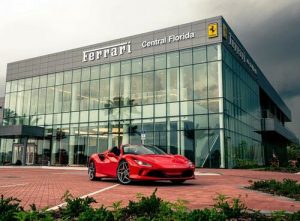