Researchers studying sharks in the northwest Atlantic recently spotted a shape that temporarily led them to believe the extinct megalodon shark was still swimming in the deeps.

The Atlantic Shark Institute shared the image captured on its fish finder to its social media accounts, saying researchers estimated the apparent megalodon to be about 50 feet long and weigh 40 tons.

“Does the Meg exist?” the organization asked. “On a recent shark research trip, we were all amused to see this shape appear on our fish finder for several minutes.”

However, the researchers’ excitement that the monstrous sea creature had returned only lasted as few minutes as the shape turned out to be something else entirely.

NEW DETAILS REVEALED ABOUT MEGALODON’S SHOCKING SIZE: THEY ATE THEIR SIBLINGS IN THE WOMB

“We waited for one of the rods to go off. However, much to our disappointment, the shape started to transition into a large school of Atlantic mackerel that hung around the boat for about 15 minutes,” the institute said.

“So close, but so far!” it continued. “The Megalodon (Otodus megalodon), disappeared more than 3 million years ago and will likely stay that way, but, for a few minutes, we thought he had returned!”

Megalodon, the apex predator of the seas, was the largest shark to ever live, reaching 50 feet in length and weighing as much as 120,000 pounds.

Multiple theories exist as to how the massive shark met its extinction.

One such theory suggests the megalodon may have become extinct thanks to being outmaneuvered and outdone by its smaller, more agile cousin, the great white.

Other theories suggest the megalodon was killed off by an exploding star approximately 2.6 million years ago. 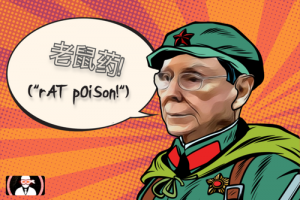