A San Francisco city council member who suggested that the Blue Angels should be banned from the city’s airspace expressed his frustration Sunday about outside criticism of the city and its policies.

District 5 Supervisor Dean Preston, a self-described Democratic socialist, asked why so many outside San Francisco – with no connection to the Bay Area – are “so focused on San Francisco housing policy and constantly attacking SF tenants, BIPOC residents, and progressive local elected officials? It’s really strange.”

The tweet elicited many replies commenting on the high cost of living and housing shortage in San Francisco, issues that spill into other cities and jurisdictions.

“Genuine answer: SF is ground zero for the housing shortage in the United States, and elected officials there continue to make excuses to do anything but build enough housing to keep up with economic growth,” wrote one Twitter user.

“No one else wants their own electeds getting the same idea,” he said.

“The criticism of allegedly progressive elected officials I see is because their (your) policies have contributed to making SF and coastal CA unaffordable for low and middle income residents,” he wrote.

Even Redwood City Mayor Giselle Hale weighed in, noting that both of their cities are connected by their workers and residents.

“Dean, hello from Redwood City, where we produce housing. Your borders are permeable. My residents work in your City and your workers live in mine,” she tweeted in response to Preston. “We share the same transit systems. We’re a Peninsula, not an island.”

Fox News Digital has reached out to Preston’s office for comment.

Criticisms aside, San Francisco is, in the end, a city that has acted as a testing ground for certain policies that have spread elsewhere, including the U.S. government.

Furthermore, many prominent politicians got their start in San Francisco before moving on to higher – and more influential – office. These include House Speaker Nancy Pelosi, U.S. Senator Dianne Feinstein, Vice President Kamala Harris, and Governor Gavin Newsom who has openly been discussed as a potential presidential candidate.

In 2008, after the California Supreme court deemed the state’s ban on same-sex marriage unconstitutional, then-San Francisco Mayor Gavin Newsom famously gloated before the cameras: “As California goes, so goes the rest of the nation. It’s inevitable. This door’s wide open now. It’s going to happen. Whether you like it or not.” 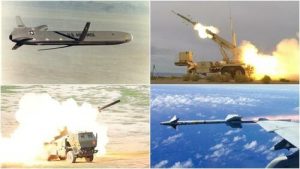