Georgia Democrats are hoping that two of the most well known faces of their party in the Peach State, Stacey Abrams and Sen. Raphael Warnock, will replicate previous success they’ve had in the upcoming November midterm election.

In 2018, Abrams overwhelmingly won the Democratic gubernatorial primary race and finished second in the general election to Republican Brian Kemp by less than two percentage points in a contest many believe established her as the de facto party boss in a newfound battleground state.

Two years later, Joe Biden became the first Democratic presidential candidate to win Georgia in almost 30 years and Democratic Senate candidates Warnock and Jon Ossoff both were elected to the United States Senate the next month.

Now Abrams and Warnock top the Democratic ticket together for the first time as the party tries to replicate its success in a tough midterm election landscape. The outcome will again help determine the balance of power in Washington and whether Republicans retain their dominance in state government.

“Georgia is a blue state,” the party chair, Nikema Williams, said Saturday at the state convention in Columbus. “Together we’re going to keep defying the odds, turning bluer each cycle and moving our state forward to greater heights.”

Yet Williams and others acknowledge that 2022 is not a simple replay of the last two cycles.

Abrams, in her governor’s race rematch with Brian Kemp, is not running against a little-known Republican secretary of state but rather a well-positioned incumbent.

Warnock, no longer a political newcomer, is trying to distinguish himself from an unpopular president who once campaigned for him. That’s a point that challenger Herschel Walker relentlessly seeks to make by criticizing Warnock as a rubber-stamp for the White House.

Democrats hope the November electorate is at least as large as that on Jan. 5, 2021. Georgia requires a majority vote to win statewide office, and Libertarian candidates can draw enough to force a runoff.

Republican Sen. Ted Cruz told Fox News Digital recently that Georgia’s 2021 Senate special election saw “depressed” Republican turnout, which is why the seat went blue, but predicted GOP voters won’t be staying home this year after the “damage done to the country from Georgia having two Democrat senators who arrived to be a rubber stamp for the Angry Socialist Caucus in the Democratic Party.”

“A Democrat senator trying to get reelected when the president at the top of the ticket is at -20 or -30 in the state is not easy,” the senator said, adding he believes Georgia is “a prime pickup opportunity” as Warnock runs further to the left than his state’s temperament.

Associated Press contributed to this report 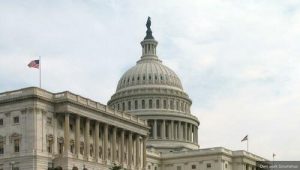