A spokesperson for President Biden’s National Security Council drafted a memo this week defending the administration’s withdrawal from Afghanistan, writing that the president “refused to send another generation of Americans to fight a war that should have ended long ago,” according to a copy of the document obtained by Fox News Digital.

It comes as Republicans on the House Foreign Affairs Committee are preparing to release a report critical of the withdrawal, accusing the administration of failing to evacuate some U.S.-trained Afghan military personnel and potentially creating a major national security risk.

The White House memo called the Republicans’ review a “partisan report” that is “riddled with inaccurate characterizations, cherry-picked information, and false claims.”

“Bringing our troops home strengthened our national security by better positioning us to confront the challenges of the future and put the United States in a stronger place to lead the world,” National Security Council spokesperson Adrienne Watson, who worked for the Democratic National Committee and Hillary Clinton’s 2016 presidential campaign before joining the White House last year, wrote in the report.

“It freed up critical military, intelligence, and other resources to ensure we are better poised to respond to today’s threats to international peace and stability.”

Axios originally reported on the circulation of the memo.

FATHER OF SLAIN MARINE SPEAKS OUT ON ‘CHAOTIC’ SITUATION IN AFGHANISTAN

The Taliban quickly took over Afghanistan’s capital of Kabul and other major cities 12 months ago as U.S. troops prepared to withdraw by the end of August 2021 on Biden’s orders, timed for the 20th anniversary of the 9/11 attacks, which were largely planned on Afghan soil when the Taliban last controlled the country.

The president inherited a deal worked out by the Trump administration that called for a complete withdrawal by May 2021, but Biden pushed that date back in April 2021.

The White House memo takes aim at that deal, partially blaming the Trump administration for the botched withdrawal.

“Former President Trump’s 2020 agreement with the Taliban empowered the Taliban, weakened our partners in the Afghan government, and committed to withdrawing our troops a few months after President Biden’s inauguration — with no clear plan for what should come next,” the National Security Council spokesperson wrote in the report.

CIA TARGETED AL-ZAWAHRI ALONE ON HIS BALCONY AFTER MONTHS OF SURVEILLANCE, BUILDING HIS ‘PATTERN OF LIFE’

Thousands of Afghans rushed to Kabul’s airport as U.S. troops prepared to leave. A suicide bomber detonated 20 pounds of explosives near the airport during the confusion, killing 13 U.S. troops and 170 others.

Texas Republican Rep. Michael McCaul, the ranking member on the House Foreign Affairs Committee, accused the White House in an interview with CBS on Sunday of failing to heed warnings from the intelligence community about the imminent collapse of the Afghan military.

“The intelligence community got it right,” McCaul told CBS News. “The problem was the White House and … State Department putting their head in the sand, not wanting to believe what they were saying and therefore not adequately planning.”

Reuters contributed to this report. 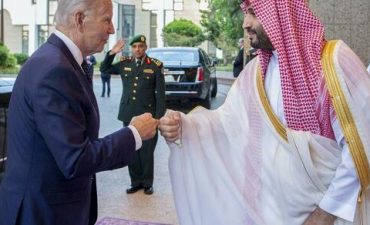